While theaters remain closed, there’s a new way to enjoy the arts while staying socially distanced.

Until March 31, over 100 NYC artists will be performing inside of empty storefronts, with exterior sound systems amplifying their voices and instruments for pedestrians passing by.

Performers will include chamber musicians, soloists, Broadway stars from Hamilton, Tootsie and Company, and artists who have appeared on the Merkin Hall stage.

To limit crowd size and ensure social distancing, artists and programs will be announced via a QR code on the storefront on the day of each performance. The schedule will not be shared in advance … so keep your eyes open! 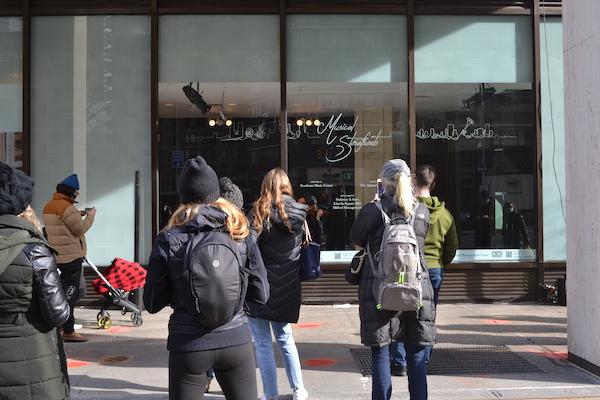 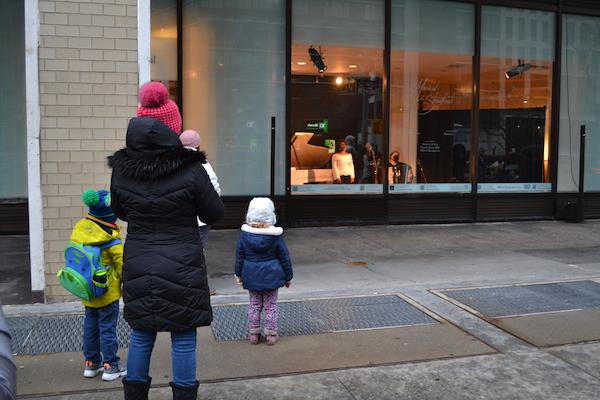 Musical Storefronts kicked off with violinist Sean Lee, who delighted passers-by with a program of Paganini Caprices. “It feels like home again, like I’m on stage and getting to speak to people,” says Lee. “It’s so good to see people hungry for music and hopefully brightening their day a bit.” 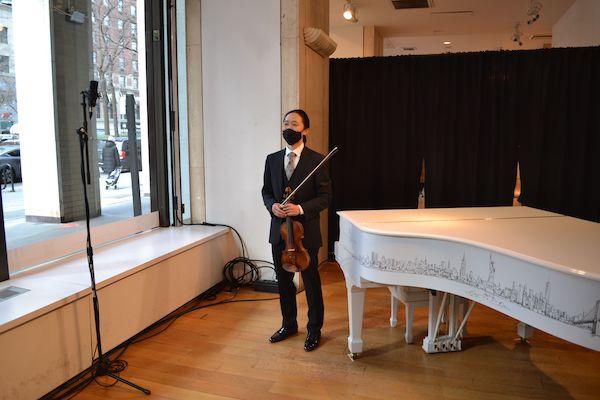 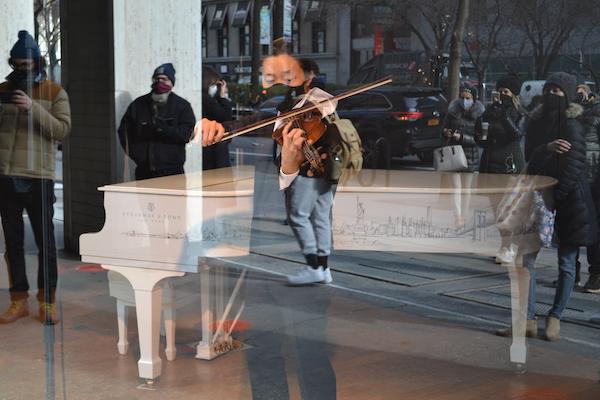 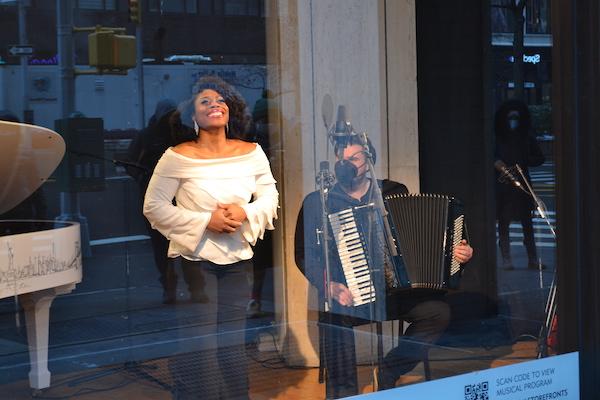 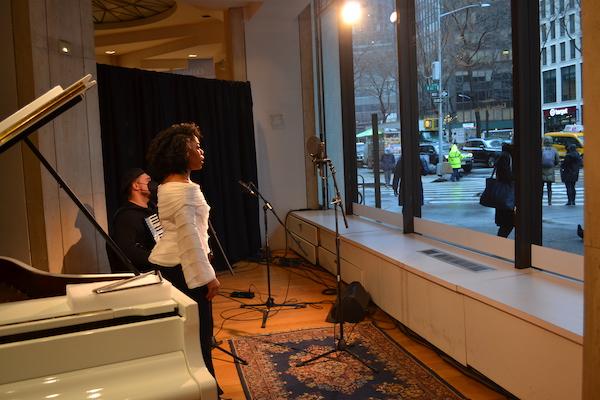 Presented in partnership with the Alphadyne Foundation, Musical Storefronts provides work to artists severely impacted by the cancellation of live performances.

Following the success of Art on the Ave, which filled empty Columbus Avenue storefronts with work from local artists, this new initiative also gives New Yorkers something more pleasant to focus on.

Jay Dweck, adviser to the Alphadyne Foundation, says “The continued cancellation of live music, dance and theater events has devastated performing artists, in many cases reducing their income by 90%. The Alphadyne Foundation is committed to providing work to musicians, dancers and thespians affected by the pandemic. I saw an opportunity in Manhattan’s empty storefronts to bring live performances safely back to New York City, brought the idea to Kaufman Music Center and together, we are thrilled to bring this project to life.”

Kaufman Music Center Executive Director Kate Sheeran says they “are thrilled to present more than 100 amazing artists at a time when theaters are still dark. Live music provides joy and inspiration in challenging times, and we are excited to deepen connections with our community through this new series.”

The format of Musical Storefronts takes necessary health and safety measures for both artists and audiences into account. A representative from Kaufman Music Center also tells us that staff members will ensure social distancing is maintained among audience members on the sidewalk.Learn more about Musical Storefronts at kaufmanmusiccenter.org/mch/musical-storefronts-series/.

A Barbie Display of Eleanor Roosevelt at Apthorp Cleaners