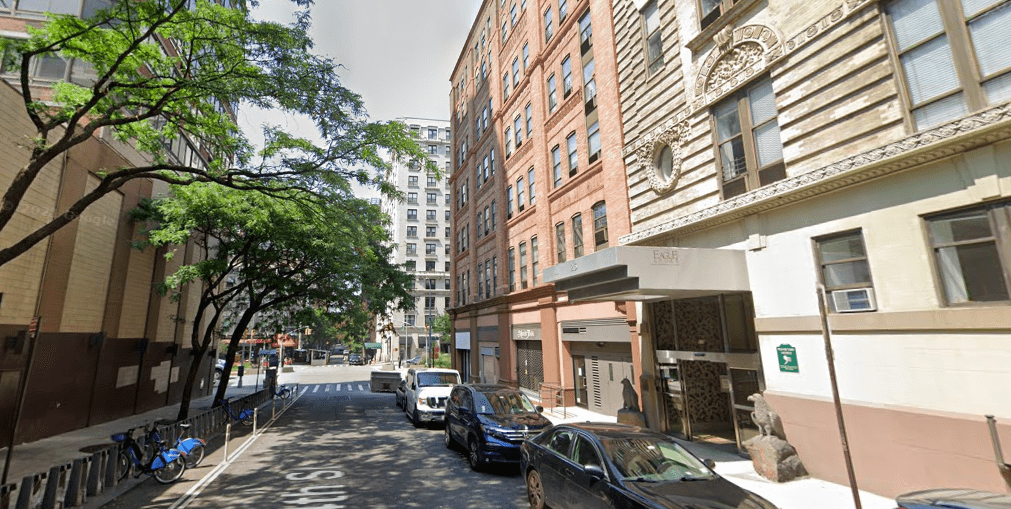 A single tenant is making trouble for luxury real estate developer Naftali’s planned conversion of the residential rental building at 215 West 84th Street into a condominium, according to The Real Deal.

In a lawsuit, Naftali alleges that Ahmet Ozsu, who has rented a penthouse unit in the building since 2007, is refusing to leave though his lease expired at the end of 2021. Ozsu has been on a month-to-month lease since 2017, according to the suit, and has not paid rent since September. The suit alleges that Ozsu is “maliciously” standing in the way of the project “for the sole purpose of causing financial harm” to the developer, and that his insistence on staying put has cost the company $25 million in “lost rent and profits.”

In June 2021, the firm, owned by Miki Naftali, dropped $71 million on the parcel that spans 207-221 West 84th Street. The previous owner didn’t renew any leases, and beloved children’s bookstore Books of Wonder was forced to vacate its storefront at 217 West 84th Street.

Naftali is rumored to be planning a high-rise at the site, also known as Eagle Court, which has “a total of 156,619 total buildable square feet when utilizing all of the as-of-right bonuses,” according to Jones Lang LaSalle, which marketed the property. That could mean a 21-story new development where the 1925 low-rise now stands.

Explaining how one lone tenant could hold up Naftali’s plan, The Real Deal writes that as of 2019, a developer who wants to convert a building to condos must get “51% of a building’s renters to buy their units and can convert the market-rate units as their tenants’ leases expire. Tenants of rent-stabilized units can remain, giving them leverage to negotiate hefty buyouts.”

Real estate attorney Steven Wagner was asked what options Naftali has. “If he’s the only person left in the building,” said Wagner, “[Naftali] might want to do a conversion based on vacancy.”

Naftali has been extremely active throughout the city. Its portfolio includes several Upper West Side buildings, including 182 West 82nd Street, 210 West 77th Street, and 221 West 77th Street. It’s also been busy on the East Side with more pricey projects. The Real Deal quotes a report by Marketproof, a real estate analytics firm: “Naftali’s projects are carrying the new development market on the Upper East Side.”

The site where Eagle Court now stands was once occupied by a farmhouse where Edgar Allan Poe lived.