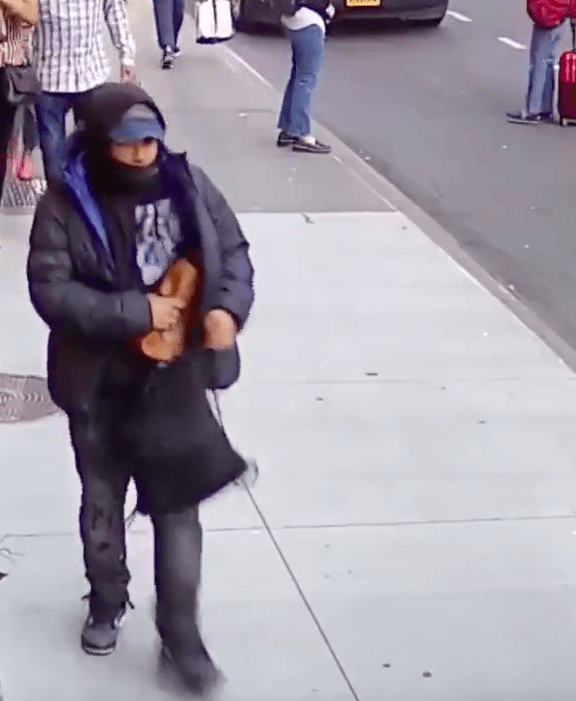 A surveillance image of the suspect, c/o NYPD

The NYPD is seeking the public’s assistance in identifying an unknown suspect for stealing a 90-year-old woman’s purse earlier this month.

The incident took place at 20 West 64th Street on May 10 at approximately 6:45pm — just one week after a 95-year-old’s wheelchair was stolen on West End Avenue.

Surveillance video shows the male suspect following the woman — who is using a walker — before snatching her purse and running off with it in the opposite direction.

The suspect is wanted for grand larceny, according to the NYPD, which means the value of the stolen property is greater than $1,000. The NYPD could not tell us the exact value, but said the purse contained the victim’s drivers license and credit cards.

The NYPD is offering a reward of up to $3,500 for information which leads to the suspect’s arrest.

Anyone with information about this incident is asked to call the NYPD’s Crime Stoppers Hotline at 1-800-577-TIPS (8477) or for Spanish, 1-888-57-PISTA (74782). The public can also submit their tips by logging onto the Crime Stoppers website or by sending a direct message to @NYPDTips on Twitter. All calls are strictly confidential.