The NYPD is asking the public to help identify and locate a man wanted for a forcible touching incident which took place on Sunday at approximately 4:40 a.m.

The incident occurred inside of Mexican Deli Inc. at 2711 Broadway, between 103rd and 104th streets.

Police received a report that when a 36-year-old female EMT – on-duty and in uniform – was attempting to make a purchase, an unknown suspect “approached from behind and grabbed her buttocks. He then fled the location on foot in an unknown direction. The victim was not physically injured.”

Police describe the male suspect as being about 5’10 and 175 pounds with a “light complexion, medium build and a bald head.” They estimate him to be approximately 55 years old and say he was last seen wearing a black long-sleeved shirt, dark-colored pants and black shoes.

Surveillance photos were captured at the incident location. 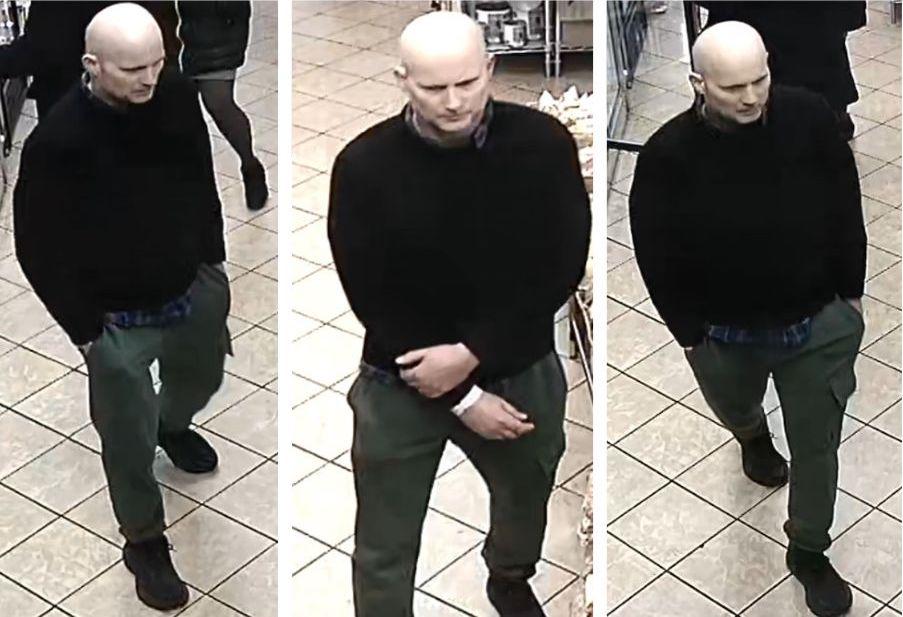