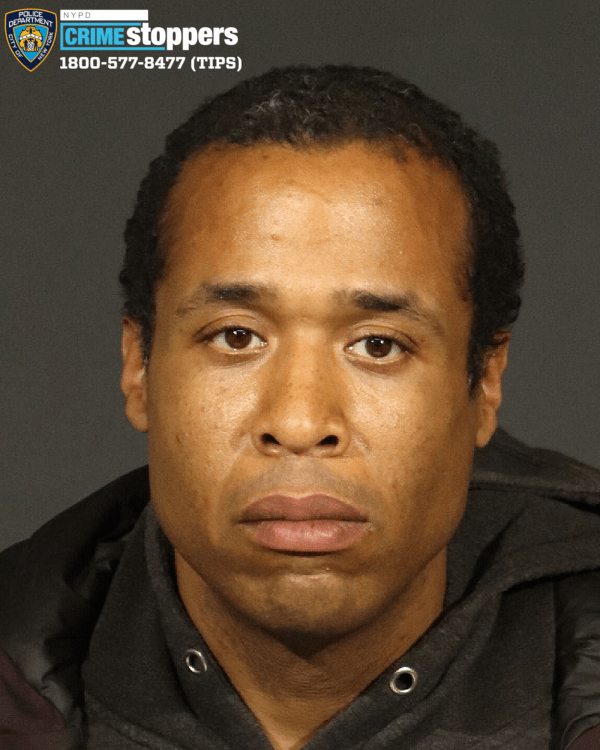 Have you seen this man? Contact CrimeStoppers (info at bottom of article).

The NYPD is asking the public to help them locate an individual named Jovan Villafane, 42, for two forcible touching incidents committed on the Upper West Side.

The first incident took place on Saturday, October 8 at about 12:50 p.m. The victim, a 45-year-old female, was walking at the intersection of 72nd and West End Avenue, when the suspect – riding a Citibike on the sidewalk – reached his hand out and touched the victim’s buttocks, according to a police report. The male suspect then fled on the bicycle to parts unknown. There were no injuries reported as a result of this incident.

The second incident was reported on Thursday, December 8 at about 3:16 p.m. This time the victim was a 21-year-old female. While walking in front of 351 West 71st Street, the suspect, who has now been identified as Villafane, grabbed and squeezed the victim’s left buttock and fled west on foot towards Riverside Boulevard. There were no injuries reported as a result of this incident either.

Anyone with information about the suspect’s whereabouts is asked to call the NYPD’s Crime Stoppers Hotline at 1-800-577-TIPS (8477) or for Spanish, 1-888-57-PISTA (74782). The public can also submit their tips by logging onto the CrimeStoppers website or by sending a direct message to @NYPDTips on Twitter. All calls are strictly confidential.