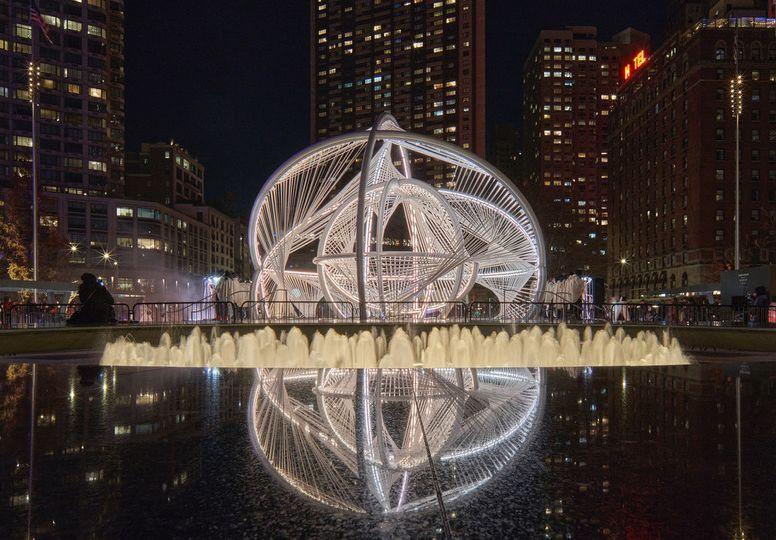 ‘Your Voices’ by Es Devlin, Commissioned by Moët & Chandon. Photo by Nikolas Koenig.

On Monday, Moët & Chandon hosted a holiday celebration at Lincoln Center to unveil a new public sculpture – ‘Your Voices’ by Es Devlin – which is on display at Josie Robertson Plaza. We first wrote about the new sculpture here.

The crowd, which included a long list of celebrities and influential figures from the entertainment, art and fashion worlds, enjoyed “an evening of music, champagne, and holiday cheer.”

The highlight of the evening was a surprise performance by Mariah Carey, who sang ‘All I Want for Christmas Is You’ along with a couple of other hits.

DJs Heron Preston and Vashtie also performed from inside a champagne tower. 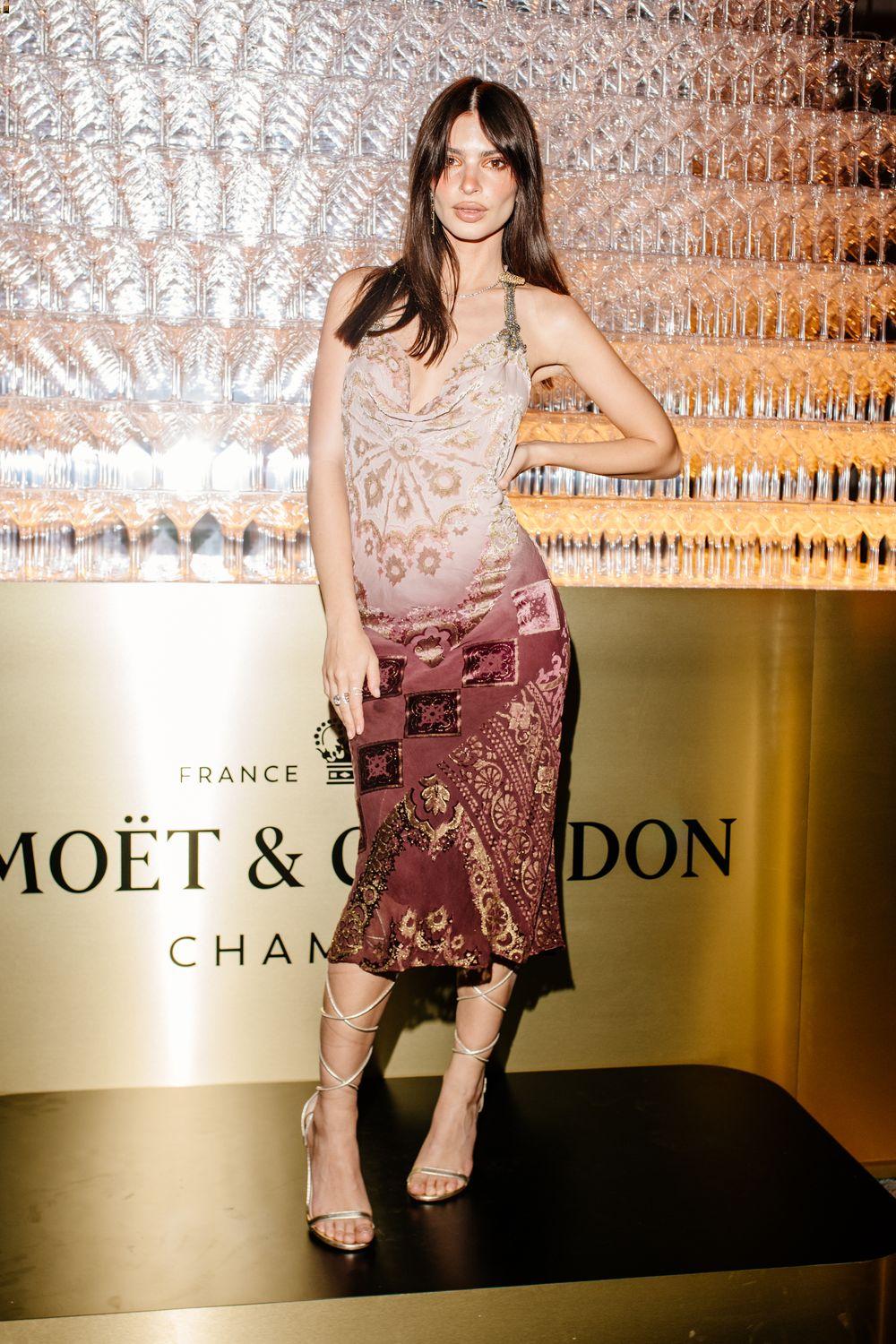 Emily Ratajkowski in front of the champagne tower.

And there was a “custom gold room.”

Roger Federer in the gold room.

About the sculpture (which you can read more about here): “The kinetic sculpture is formed of 700 glowing cords expressing the 700 languages currently spoken in New York City, which are tensioned between a series of structural arcs, enveloping visitors within a revolving illuminated network as it rotates north, south, east and west through a multilingual soundscape which interweaves languages drawn from all over the city: from Algerian Arabic, Alsation, Azeri and Ashanti to Zapotec, Zarma and Zulu.”

‘Your Voices’ will be on display until December 18. On Friday, Saturday, and Sunday evenings at 6 p.m., Lincoln Center will curate a series of New York-based choral groups to perform free for the public. Each choir will represent the vast range of rare and unique voices of the city.