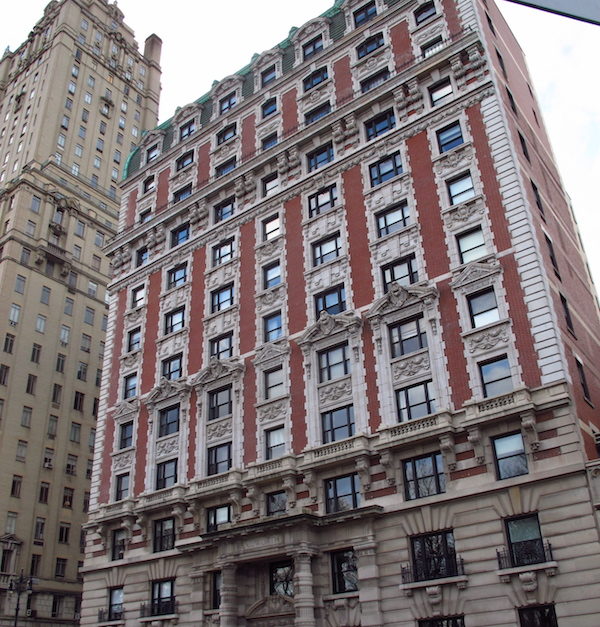 Celebrity UWS couple Michael Douglas and Catherine Zeta-Jones have listed their 9 room apartment at The Kenilworth, located at 151 Central Park West (between 75th and 76th Streets). The New York Post first revealed the celebrity owners of this new listing, which is asking $21.5 million.

Listed by Serena Boardman of Sotheby’s International Realty, the description states that the apartment occupies the entire front of the CPW building, making it “the only apartment in the building to enjoy this expanded sweep of frontage.”The four bed, five-and-a-half bath apartment comes with park views throughout, two wood-burning fireplaces, a wood-paneled corner library, mahogany pocket doors and giant rooms (as the listing agent states it was originally a
15 room apartment). These mammoth spaces include an 800+ square foot living room; a 468+ square foot master bedroom; and a 530+ square foot library.

The full-service, twelve-story co-op was built in 1908 by Townsend, Steinle and Haskell in the French Second Empire-style. The Kenilworth’s 39 apartments (3 on each floor) have seven, eight and nine room layouts, and come with access to a rooftop terrace.

The Kenilworth has been home to many celebs over the years, including comedian Dick Cavett who listed his Kenilworth pad for $5.995 million in 2018.