Michael’s Arts & Crafts will be closing its store at 808 Columbus Avenue at 99th Street, located within the Columbus Square retail and apartment complex.

Along with Whole Foods, TJ Maxx and Home Goods, Michael’s has been one Columbus Square’s anchor tenants since the beginning, securing its lease before construction of the complex was completed in 2010.


Michael’s renewed its lease for the 34,424 square foot space in 2018, but window signage indicates the store is on its way out and is offering some clearance discounts. 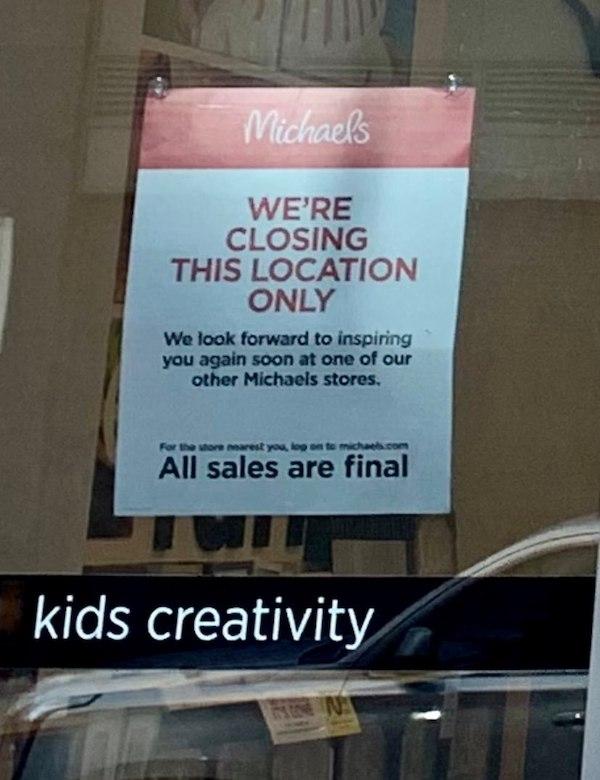 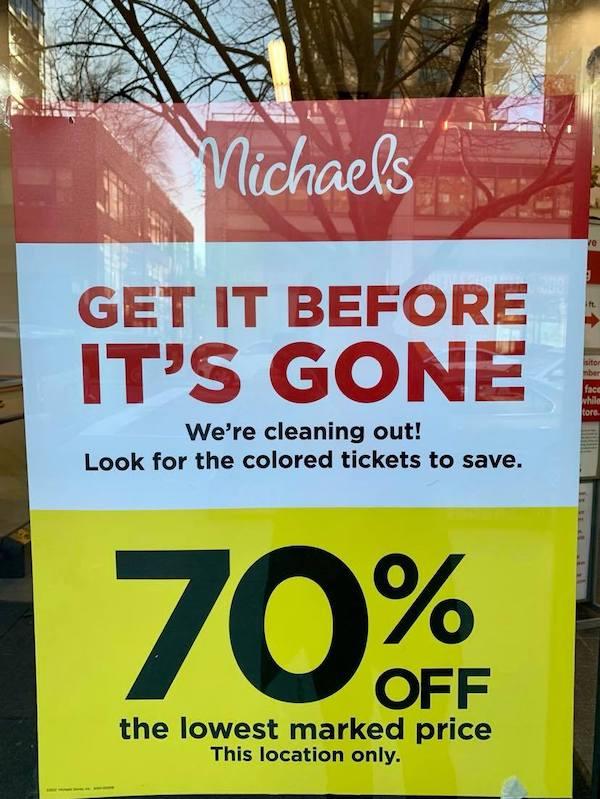 We’ve reached out to the UWS store and the company’s press department for more information, including a target closing date.

Get The Upper West Side Newsletter For Updates

According to its website, the company operates “more than 1,250 Michaels stores in 49 states and Canada,” making it the “largest arts and crafts specialty retailer in North America (based on store count).” The company reported $5.3 billion in sales during fiscal 2018.

Michael’s has another Manhattan location in Chelsea and several others throughout the boroughs.

Recent announcements have been made that the chain store would be closing some of its other locations – including one in North Babylon, Long Island, and at a mall in North Carolina.


Over 1,000 chain stores closed in NYC during 2020, which is almost one out of every seven stores, according to the Center for an Urban Future’s State of the Chains report.

Some of the bigger companies which closed UWS locations during 2020 include: