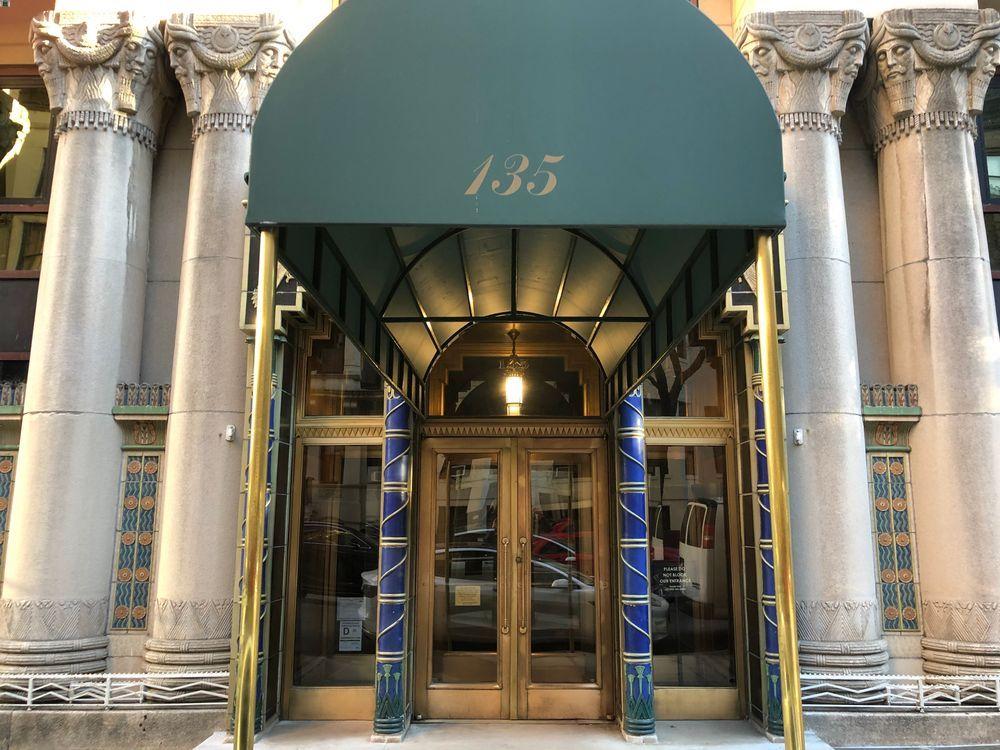 The Pythian, located at 135 West 70th Street between Broadway and Columbus Avenue, takes the cake in the game of “which one of these things is not like the others” for Upper West Side architecture. Four seated pharaohs that bear a resemblance to Ramses II at the Abu Simbel temples in Egypt sit one-hundred feet up, hard to detect from the ground. At the top of the 150-foot structure sit two giant urns being carried by two teams of yellow, red and green oxen. 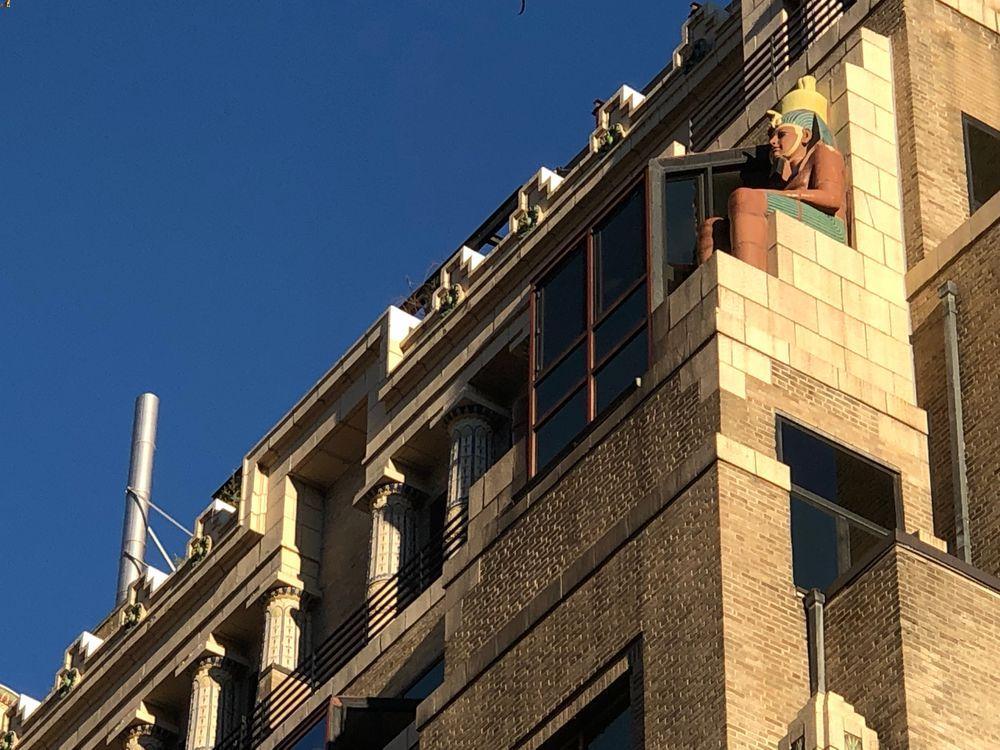 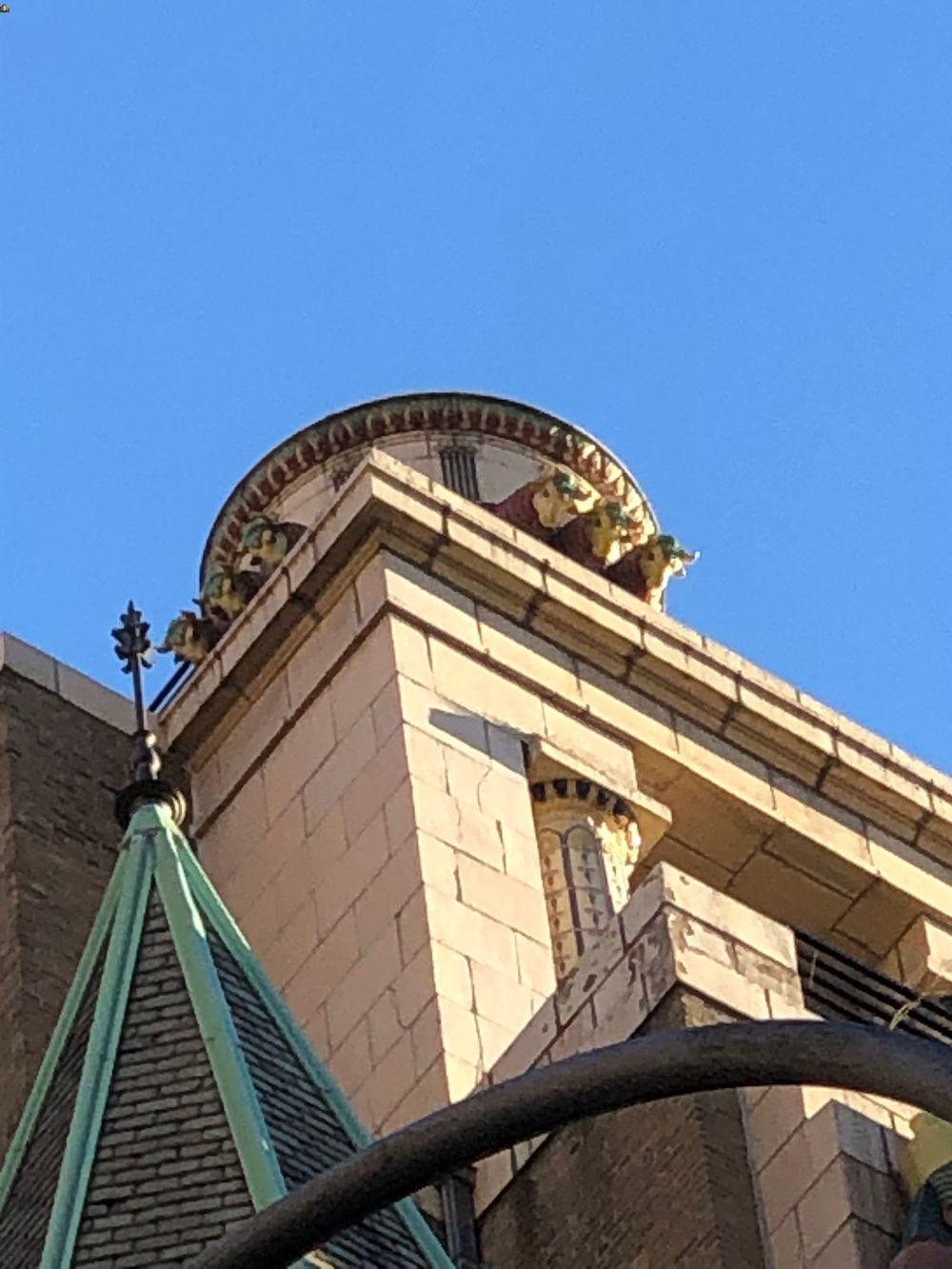 The Pythian was built in 1927 to serve as the central meeting place for the Knights of Pythias, a secret society that became the first American fraternal organization chartered by an act of congress. Three U.S. Presidents—including Franklin Delano Roosevelt—are known members.

The unusual handiwork of the building also boasts figures of antiquity, including griffins, gilt hieroglyphs and eight pharaoh-headed capital columns, while the monsters of Babylon stand guard over the inscription above the entrance, which reads: “If fraternal love held all men bound, how beautiful this would be.” The Knights of Pythias founder, Justus H. Rathbone, was inspired by the Greek legend of ancient travelers Damon and Pythias, which is said to illustrate the ideals of true friendship. 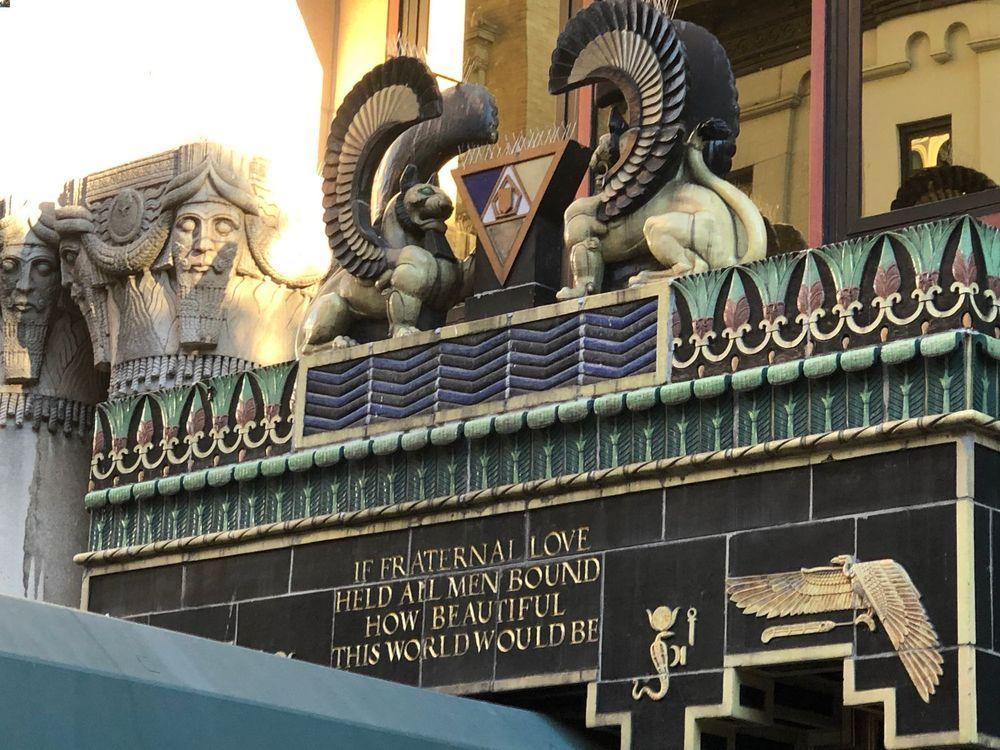 Thomas W. Lamb, a legend for his outrageous movie palace creations of the 1920s, designed the Pythian Temple. Lamb also served as the architect behind the iconic Capitol Theatre in Port Chester, NY. This venue has long been revered for its layout. “There’s only two theaters, man … that are set up pretty groovy all around for music and for smooth stage changes, good lighting and all that,” said Jerry Garcia of the Grateful Dead in a 1970 interview with Jay Itkowitz. “The Fillmore and the Capitol Theatre. And those are the only two in the whole country.”

READ MORE: There’s a House on the Roof of this Upper West Side Building

A lush music history also graces the Pythian Temple. Jazz luminary Louis Armstrong states in his autobiography that he was a Knight of Pythias. Then, when the organization’s popularity began declining in the early 1940s, Decca Records leased space from the Pythians, putting in a recording studio. The song “Rock Around the Clock” by Bill Haley & His Comets was recorded at Decca on April 12, 1954. It was a No. 1 single for two months. Buddy Holly (“The String Sessions”), Billie Holiday and Sammy Davis Jr. are some of the artists said to have used the studio.

Who ordered the egging? In November 1956, the New York Times reported that singer and actor Paul Robeson spoke at the temple for a meeting of the National Council of the American-Soviet Friendship Association. The Times wrote that Robeson “hailed the achievements of the Soviet Union.” When Roberson left the building, he and others, “including clueless Pythians, were bombarded with eggs, tomatoes and other missiles by protesters incensed by the brutal Communist suppression of the Hungarian revolt only days before.”

Two years later, the Pythians left the building. Magic wands, skeletons in coffins, thrones and Egyptian garb were just some of the things they left behind. Purchased by the New York Institute of Technology, it served as its main campus. Decca Records remained into the 1960s.

READ MORE: Most Majestic Mansions on the Upper West Side

Come 1986, David Gura converted The Pythian—known for its strikingly blue glaze terra-cotta entryway—into 84 residential apartments. He was given a Residential Design Award for the work from the New York Chapter of the American Institute of Architects. 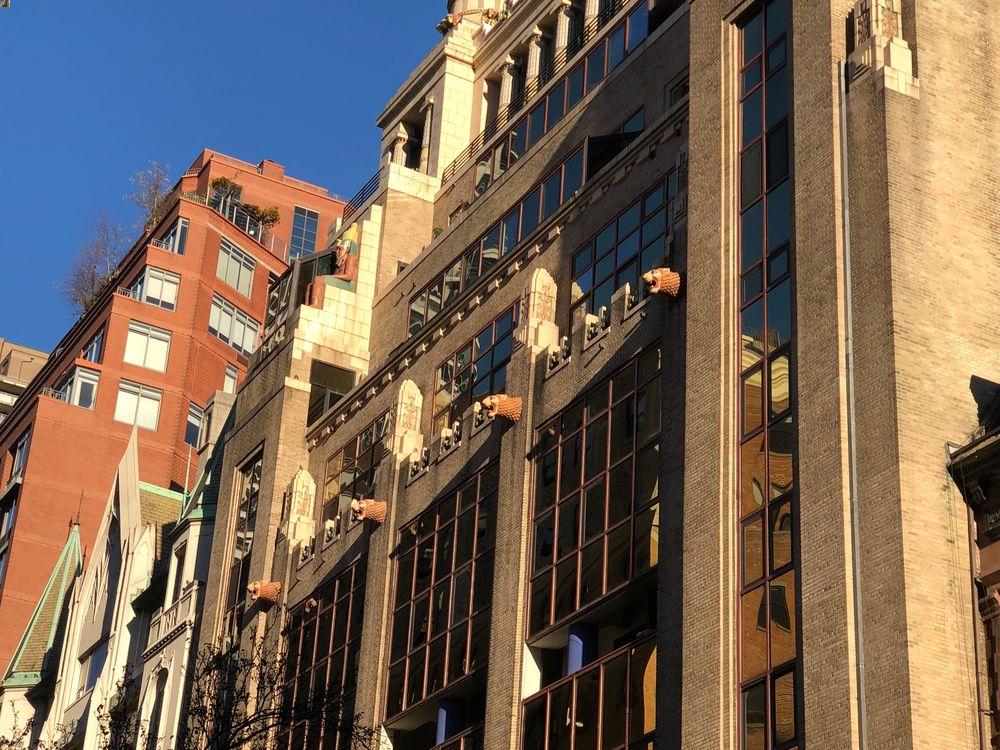 Would you be surprised to find out this is where Stefani Germanotta, also known as Lady Gaga, grew up while attending the all-girls school Convent of the Sacred Heart School? It’s safe to say the early days of her “Monster Mash” took place here at The Pythian.