Several updates about new development condos on the Upper West Side have been recently announced. These include brand new projects, construction updates and newly released renderings.

Initial renderings have been released for Era, an upcoming condo at 251 West 91st Street. Sales are slated to launch this spring or summer, and Era will be the first building in the neighborhood with an open-air rooftop pool. The developers behind the project are Adam America Real Estate and Northlink Capital, and the building is being designed by ODA Architecture. The new development will house 57 units across 20 floors, with apartments ranging from approximately $1,625,000 to $11,250,000. 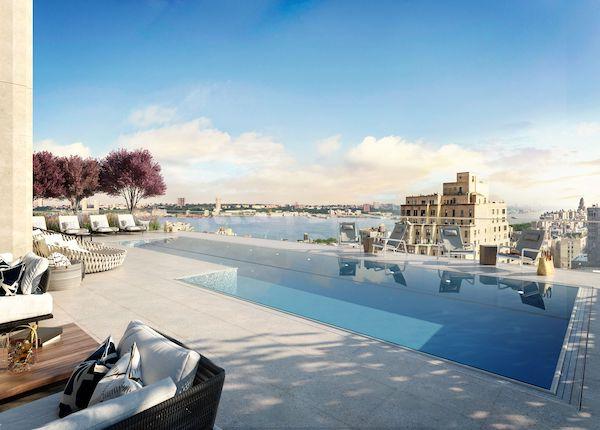 New renderings have also been released for 2505 Broadway, between 93rd and 94th Streets – another project by Adam America and ODA Architecture. The building has now topped out at 19 stories and construction is expected to be complete by the end of the year. Sales of the 1-to-4 bedroom apartments are expected to launch this spring. 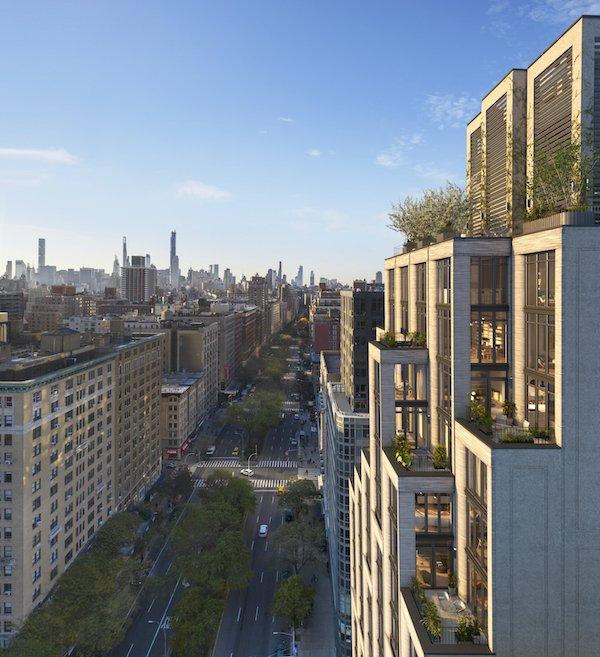 Extell Development’s controversial tower at 50 West 66th Street is still facing delays, New York YIMBY reports. The developer has been in and out of court with Landmark West, with the case going to NY Supreme Court in November 2020 as Landmark West filed an ‘Article 78’ to challenge the height of the tower. If the developer gets their way, 50 West 66th Street will top out at 775 feet and become the tallest building on the Upper West Side.

If Extell does not win this title, it looks like 200 Amsterdam Avenue will be the tallest in the neighborhood.

After receiving unanimous approval by Community Board 7’s land use committee in 2019, plans by Fetner Properties to develop a 23 story tower at 270 West 96th Street were put on hold. Crain’s has new reported that the developer has re-filed plans for the building, and construction is expected to begin in the fourth quarter of 2021.

Construction has been completed at 269 West 87th Street, also known as West End & Eighty-Seven. The new condo was designed by FXCollaborative and stands 215 feet tall across 17 stories. The building’s 39 apartments range from 3-5 bedrooms and start at $1.9 million. Many come with outdoor space, and units include a penthouse floor-through and a townhouse with a private garden.