Permits have been filed for the construction of an apartment building at 76 West 105th Street – which is also the address of La Perla Community Garden. 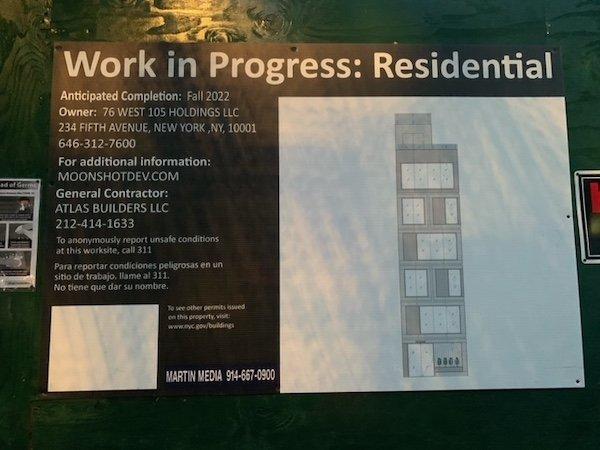 The signage above indicates an estimated completion date of fall 2022.

Part of the Manhattan Valley neighborhood since 1992, La Perla Community Garden’s ownership is split between three lots. Two of the lots are owned by Manhattan Land Trust and the City Parks Department.

The center lot was owned by a private individual who decided they wanted to sell (as the taxes were close to $15,000 per year) – but as reported in a 2016 article published on now defunct DNAinfo – “not before agreeing to a land-swap deal with the city that will allow the green space to stay intact.”

The deal was approved. After the center lot was sold, the buyer traded it with the eastern lot, which means the community garden won’t have a building in the middle of it. And it will still exist; it will just be smaller. “Swapping the eastern city-owned plot for the privately-owned center plot will save the garden by keeping the other two plots contiguous,” wrote Emily Frost of DNAinfo. 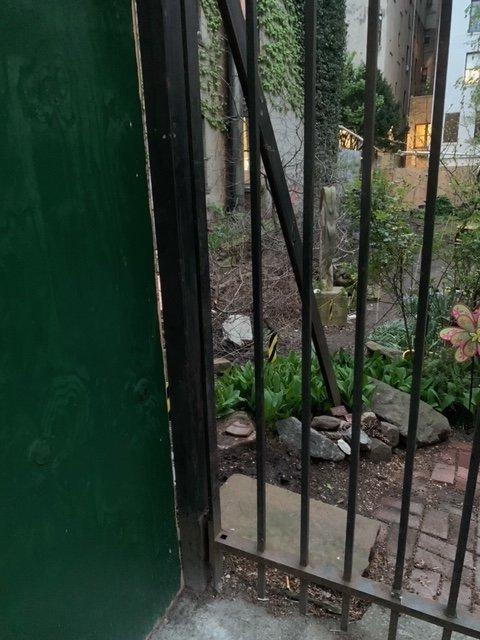 Fundraising efforts were made early on by garden members who had hoped to purchase the lot themselves. They launched an Indiegogo campaign but it only raised $270 out of a $16,000 goal.

A job filing from December 4, 2020 lists Ilyas Abayev of MoonshotDev.com as the owner of the upcoming development. The filing also describes the nature of the work as an “excavation and installation of foundation related to the new, 6-story cast-in-place flat slab concrete building with [a] cellar.”

Upscale Senior Rental at 85th and Broadway Opens For Leasing; Studios Start at $17,000