If you love Upper West Side history, Greg Navarro’s new nine-and-a-half-minute documentary provides viewers with a unique perspective of the neighborhood during the ’80s and ’90s. Whether you skateboard or not, it’s valuable knowing the Upper West Side played a major role in shaping the culture of the skateboard world as it exists today.

Before the days of half-pipes and launch ramps, skateboarders had to improvise. Eli Morgan Gesner — a native Upper West Sider, the founder of Zoo York Skateboarding, and the mini-documentary’s storyteller — starts at one of his earliest haunts: 95 West 95th Street at Columbus Avenue. This is where he did his first backside hip trick, and where he cut his teeth skateboarding the ‘bank’ during his formative years.

We’re then taken to the West Side Marquis (70 West 95th Street), which Gesner describes as “kind of a scary spot” during the 1980s. “There were a lot of kids from the Upper West Side who lived in here who were skaters that had like one foot in skateboarding and one foot in becoming professional criminals, like thugs.” By 1989, this area was a skateboard haven where riders would be busting tricks all over. Gesner seems to particularly relish the railings at this location, where he landed his first ever ollie board slide. 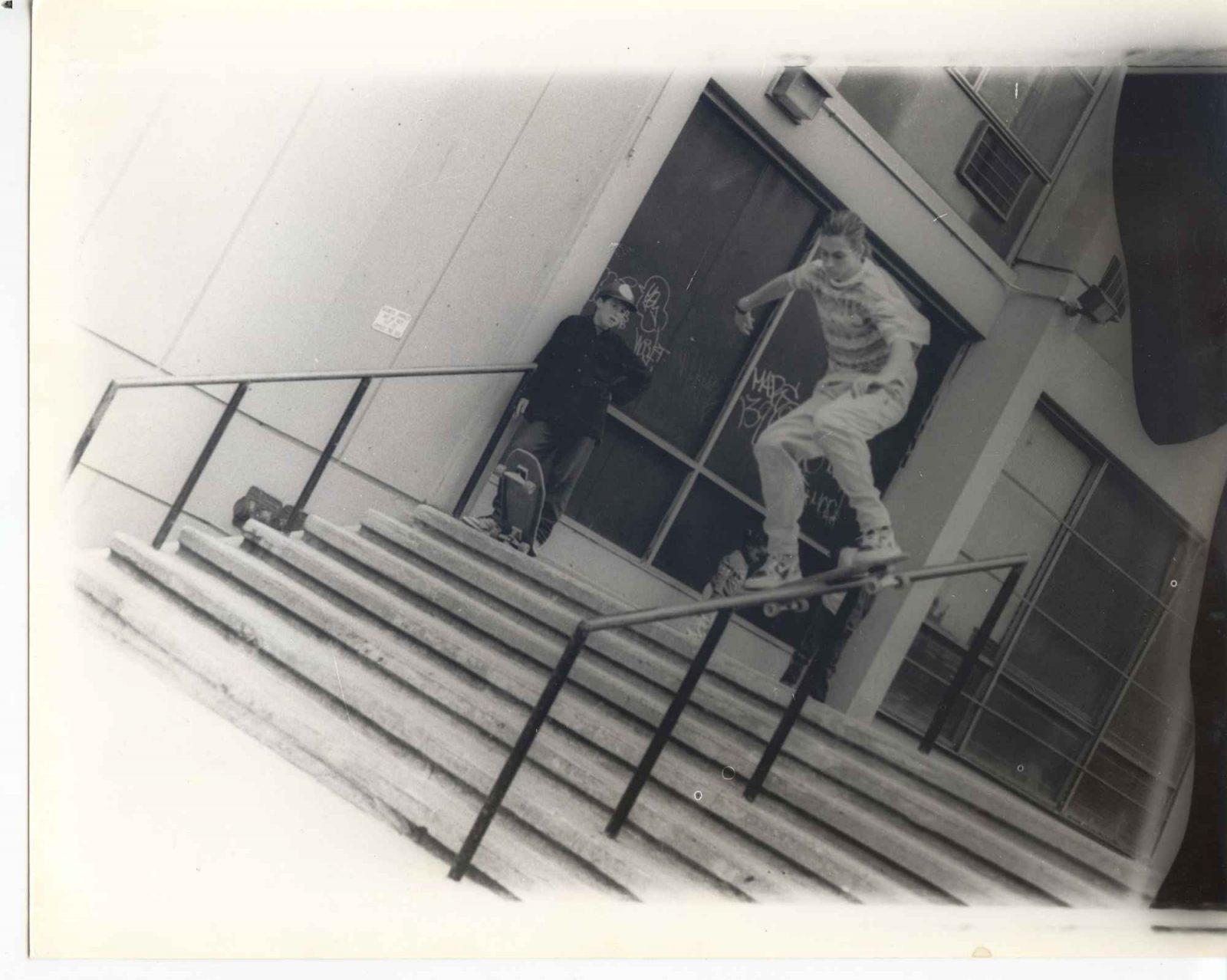 Gesner sprinkles in a fun Upper West Side movie factoid about The Warriors (1979) and the “Can you dig it!” scene. When all the gangs (of kids) in NYC assemble at the beginning of the film, it’s scripted to look like Van Courtland Park in the Bronx, but it’s actually shot at Dinosaur Playground in Riverside Park at West 97th Street. We can dig it.

Riverside Park pops up a lot in this short doc. We see a flashback video of Riverside Park at West 95th Street where, for a week or two during the spring of 1986, there was a jump ramp and freshly painted benches they’d use to practice tricks like the axle stall and the boneless. We’re guessing it didn’t take long for park security to push them to find somewhere else to skate.

“This is one of the best skate spots in New York City,” say Gesner in regards to the American Museum of Natural History at 200 Central Park West. “There’s so many possible [tricks] to do.” He considers this location a personal triumph as it’s emerged as a prime skateboard location that’s still used today.

Gesner goes on to give homage to legendary UWS skater Andy Kessler, who the skatepark at West 108th Street is named after. He spends time at this location describing his early days and being mentored by Kessler.

Gesner brings us to the Soldiers’ and Sailors’ Monument, which was one of the earliest ‘parks’ he and other skating peers would throw down at. Known for its tough terrain, he liked to practice slappy tricks here. 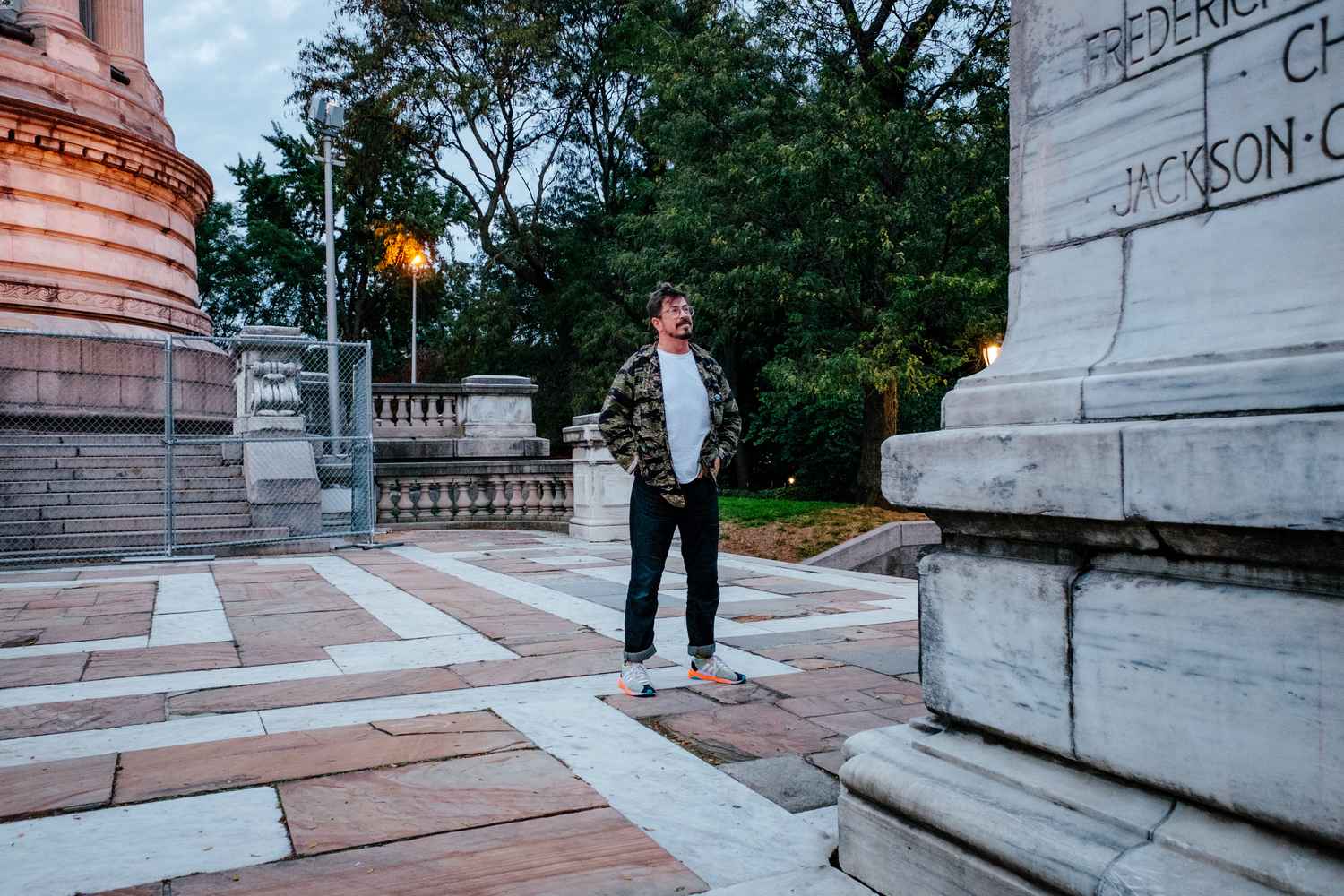 Eli Gesner at the Soldiers’ and Sailors’ Monument

We end with the “fall from innocence,” as Gesner described it. Andy Kessler, who was known in the skate world as the Godfather, branded the drop at 91st Street and Riverside Park as Suicide Hill. This is a rite of passage for Upper West Side skaters to this day.

My advice if you’re nervous about riding Suicide Hill for the first time: get a lookout and ride late at night so you don’t hit any pedestrians walking up the hill. And wear a helmet, please.

The documentary can be viewed here.