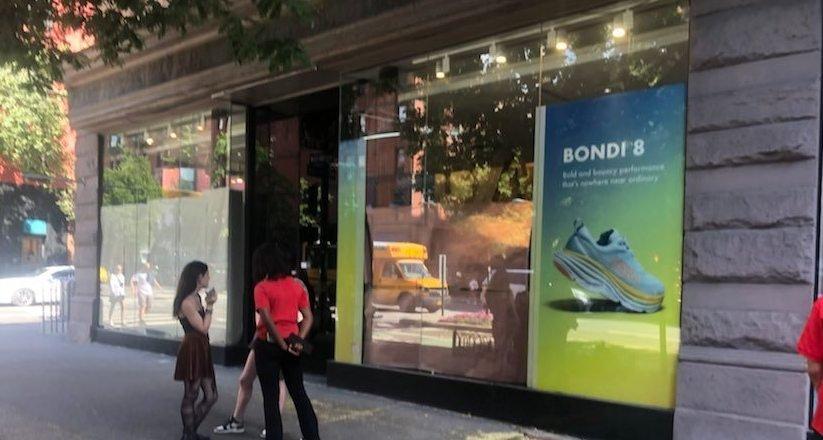 Hoka, a California-based athletic shoe company that got its start in France in 2009, is taking over the former Reiss space at 197-199 Columbus Ave at West 69th Street.

Hoka’s been hustling with its move-in. On Friday, a sign was plastered in the store window promoting the company’s brand-new women’s Bondi 8 shoe, which it describes as “The ultra-cushioned game changer.” The Bondi 8 also comes in men’s sizes. 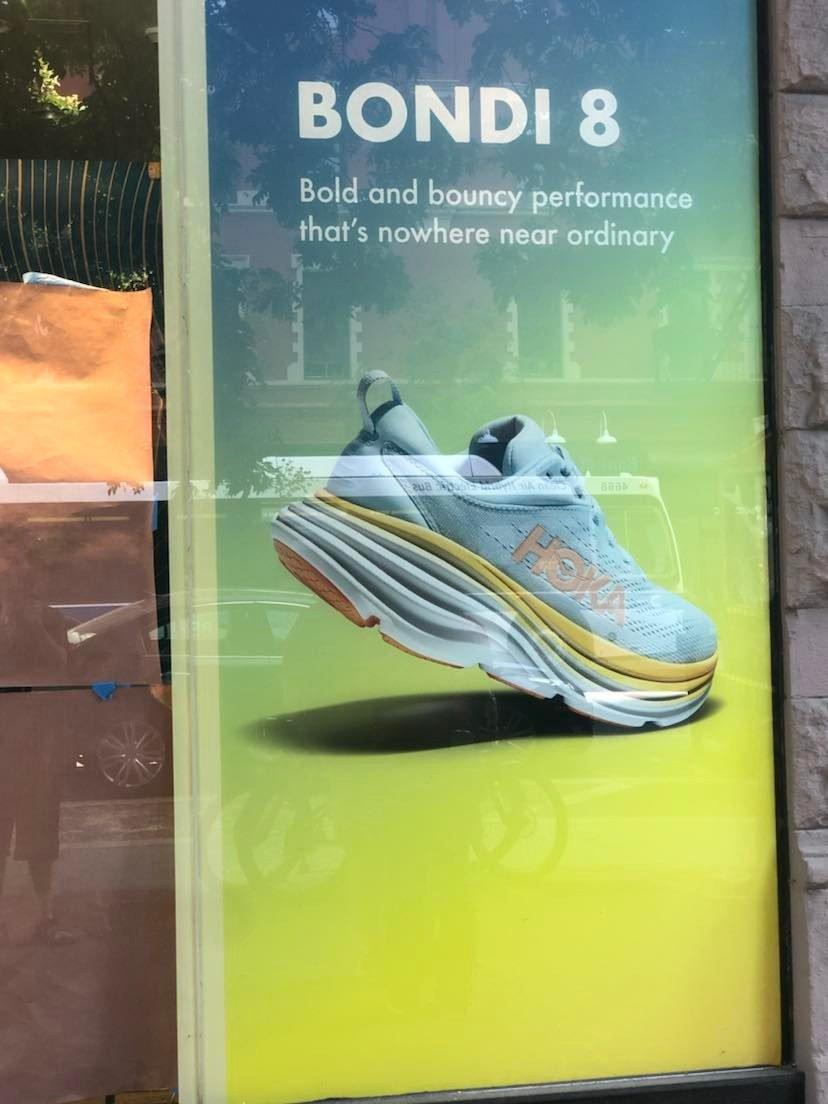 When Hoka hit the scene in 2009, its shoes became favorites among marathon runners for their light weight and extreme cushioning. Hoka has since gained popularity with runners of all skill levels and has evolved its offerings to include sleeker, less chunky models that are lighter while still carrying a lot of the brand’s signature cushioning.

It should come as no surprise that Hoka’s also been a hit with seniors. In February 2022, Forbes named the Hoka One One Bondi as the best women’s sneaker. “This sporty sneaker features a ‘high level of foam combined with [a] firm midsole,’ wrote Andrew Majak, a podiatrist in Watertown, NY. The Today show has recommended the women’s Hoka Clifton 8 as a comfortable option for people with bunions.

Hokas have found their way onto the feet of celebrities like Reese Witherspoon, Gwyneth Paltrow and Britney Spears, despite being considered some of the ugliest shoes around, writes Bloomberg. Cameron Diaz was seen jogging onto the set of the Kelly Clarkson show wearing the Hoka One Clifton Edges back in May.

Let’s not forget about the fellas, though. Esquire named Hoka’s Clifton 8 shoe the “most stable dad shoes” of 2022 for its “unmatched stability, comfort and form.”

Now the question remains: Is Hoka ready for prime time on the Upper West Side? The shop will be competing with Allbirds and the soon-to-open Rothy’s, both within a one-block radius.

Lace ‘em up, ladies and gentleman. We now have an emerging shoe district to accompany our eyewear district. There’s Warby Parker, MOSCOT Shop, Robert Marc Eyewear and SEE, Eyewear all between West 68th and 70th streets on Columbus Avenue.

Plenty of coffee options, too, if you get tired along the way. I recommend The Sensuous Bean.

Discount Chain Five Below to Open Upper West Side Store

Laytner’s To Close this Fall, Member of Laytner Family Confirms

Zabar’s Collabs with Coach. Items Include a $550 Tote Bag.