Filmmaker Hartley Abdekalimi recently finished filming “Empire,” much of which was filmed at and around Barzini’s on 91st and Broadway.

The approximately 11 minute short film is about a quirky, old-school New Yorker who designs coffee cups and struggles with his changing neighborhood. 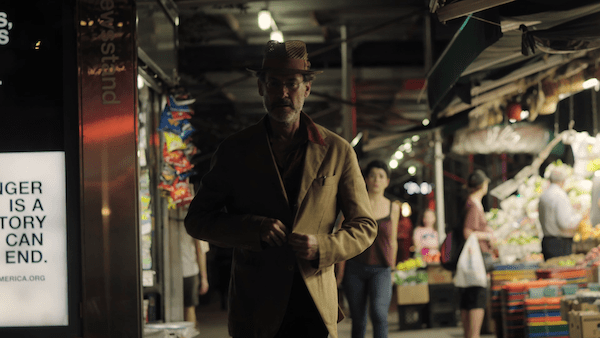 Joe, the coffee cup artist, also struggles with modern coffee place vibes (like high prices and too many fancy options).

In one scene, Joe walks into Barzini’s, which once carried his cup design, only to find that they’ve limited their cup supply to basic models from large suppliers. Joe asks the store employee “are you new here?” and tells him things will be much better for his uncle (the owner) “and for his store if he bought the right cup.”

Hartley tells us that they recently hosted a Zoom screening for about a dozen Upper West Siders who felt it really captured a particular element and character of the Upper West Side.

For updates and to learn more about the film, please visit hartleyfilms.com/empire and follow @EmpireShort on Instagram.

Fun Things To Do Outside This Weekend