A Vietnamese restaurant called Plum has opened its doors at 210 West 94th Street, between Broadway and Amsterdam Avenue. Also at this address (in a separate space) is the recently opened Taqueria 86. Thanks to our reader, RB Stephenson, for the tip and photos. 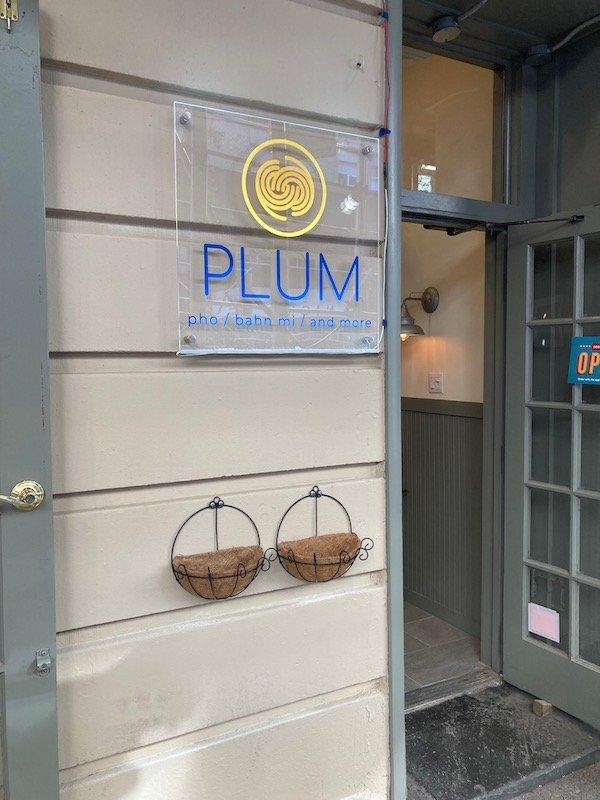 “We bring you delicious food from a land where the plum tree grows abundantly, bearing sweet and refreshing fruit,” the new restaurant’s website reads. “Throughout Asia, the plum is a symbol of femininity, vitality, perseverance, and hope.”

Chef’s specials include a ten ounce flank steak with sunny side up eggs, onions, scallions and cilantro served with a baguette; charred Atlantic salmon with fresh ginger, scallions and shiitake mushroom sauce; and a gluten-free Vietnamese crepe with chicken sausage, egg, beansprouts, scallions, shallots and nuoc cham (a fish sauce which Food 52 describes as “Sweet, sour, salty, savory, spicy,” and  “[embodying] just about every aspect of flavor that our tongues are capable of tasting.” 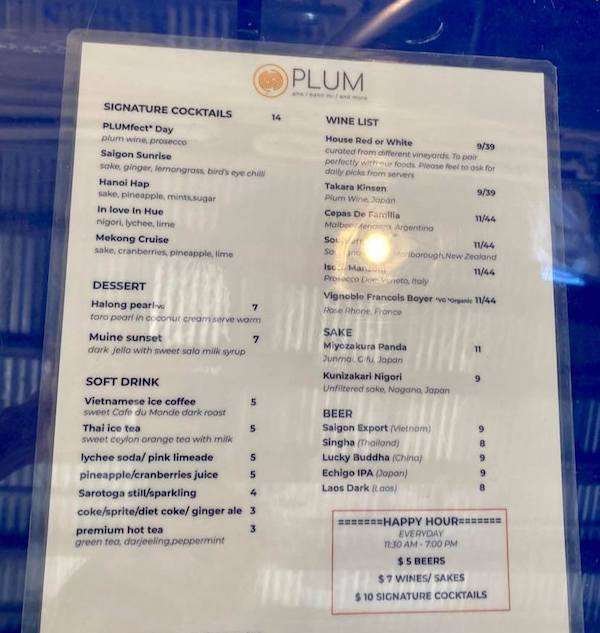