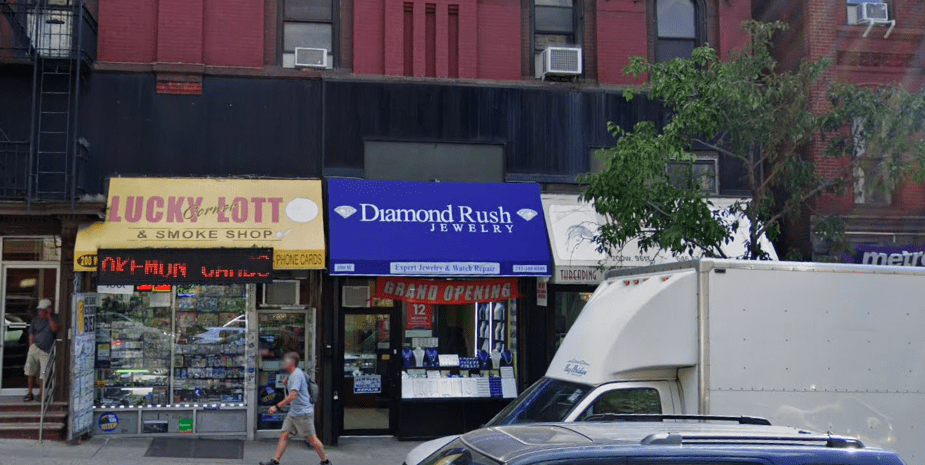 Diamond Rush Jewelry opened its doors at 200 West 96th Street in 2019. The shop’s Facebook page displays beautiful custom pieces, exquisite diamond engagement rings, Rolex watches and other gorgeous jewelry. It’s a hidden gem (pun intended) nestled between a convenience store and an empty storefront. But a sign printed on the store’s entrance door has been drawing attention for another reason. It reads, “No Masks Allowed. Take Off Your Mask Before Entering.”

On the popular neighborhood app Nextdoor, a local resident posted a photo of the sign, and opinions began pouring in. Some took the opportunity to attack the government and the way COVID is being handled, saying things like “You people are out of control… Go get your 50th booster and you’ll be fine,” while others took the opposing view, with comments like “They should be boycotted. 10025 had the highest number of Omicron cases this week…”

Yet others questioned the legality of it, stating that “It discriminates against people who have health issues that require masks.” Retired Judge Dierdra Tompkins weighed in, sharing that “A private business probably can do whatever it wishes.” Another resident even speculated that it’s “probably for attention… I never realized there was a jewelry shop there and I go by it at least 6-7 times a day.” Many people posited that it was for security purposes as “it’s a jewelry store and there’s already plexiglass up, so the mask isn’t needed.”

This last hypothesis was correct. ILTUWS called Diamond Rush and spoke to a representative who told us they are asking people to remove their masks because they’ve been robbed quite a few times — and the masks allow people to maintain a level of anonymity, making it harder to identify them through surveillance cameras. Whether or not this sign will discourage robberies remains to be seen, as another commenter asked if “robbers [are] easily deterred by signs asking them to remove their masks?” When we asked if a person would be allowed to enter with a medical mask on, he kindly told us yes; if they needed it to feel comfortable it would be allowed.