Signs for Noi Due Caefcan be spotted at 491 Columbus Avenue, between 83rd and 84th Streets – formerly occupied by Le Petit Rooster, which opened in June 2019 and closed in February 2020.

A photo was taken and sent to us by IG user @dannydalypix. 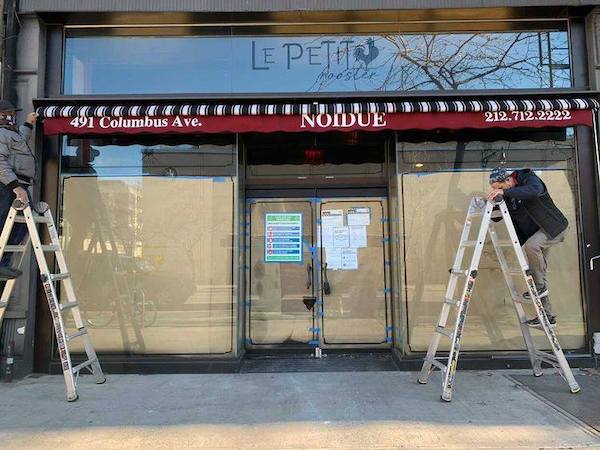 After several teasers posted on the kosher and Mediterranean restaurant’s Instagram account, Noi Due Cafe announced on Wednesday that “In the new year, Noi Due Café will be moving into a beautiful spacious location at 491 Columbus Avenue. It will host an open kitchen with an incredible new custom-made brick pizza oven (to perfectly complement our Italian family generation pizza recipe), 2 party rooms, a bar area with high top tables and an open lobby. We will also have a large outdoor café area all year round.”

Regarding Noi Due’s current location at 143 West 69th Street, between Broadway and Columbus, they’ve stated that it will be temporarily closed and that a “new concept” is in the works.