When Nora Ephron moved back to New York in 1980 – amid her ultimate divorce from famed Washington Post journalist Carl Bernstein – the Upper West Side was not the neighborhood she planned to live in. But, as Ephron would write in a 2006 New Yorker article, it was her Apthorp apartment that was the key to her more than two-decade long love story with this area of the city.

Ephron was born in New York City in 1941, the oldest of four daughters to screenwriting parents Henry and Phoebe. In Everything is Copy, a posthumous documentary written and directed by Ephron’s son and New York Times journalist Jacob Bernstein, she discusses being “ripped” from New York when she was five years old for the sunny skies and open spaces of Los Angeles, intent on returning at her first opportunity.

A “horrible intermission.” That’s how Ephron referred to her time away from New York, which lasted until 1962. She moved back that year … on the same day as her graduation from Wellesley College. Upon her arrival, she started working as a mail girl at Newsweek for $55 a week. This was a dead-end job where women traditionally had no hope of ever achieving more – let alone a career as a journalist like she dreamed of. As she would repeat throughout her fifty-year career, Ephron bucked misogynistic tradition and took the first real step in launching her legacy. She was soon hired by the New York Post as a reporter after writing for satiric magazine Monocle during the nearly four-month newspaper strike that began in December 1962.

Ephron would go on to become a revered essayist for the New Yorker, Esquire, New York Magazine, and Vogue; a must-read contributor for the Huffington Post; and an acclaimed screenwriter and director. It was through these works – particularly her New Yorker essay entitled Moving On, A Love Story and screenplays for When Harry Met Sally and You’ve Got Mail, the latter of which she also directed and wrote with her sister Delia – that Ephron’s love of the Upper West Side left its indelible mark.

“I keep saying that Nora is going to make her next movie entirely in her apartment,” said Tom Hanks in a 20th anniversary article about You’ve Got Mail for Entertainment Weekly in 2018. With its commanding fortress-like presence, the Apthorp has occupied an entire city block stretching between 78th and 79th Streets, from West End Avenue to Broadway, since 1908. It was this Italian Renaissance style building that stole Ephron’s heart and secured her twenty-two-year love story with the Upper West Side. 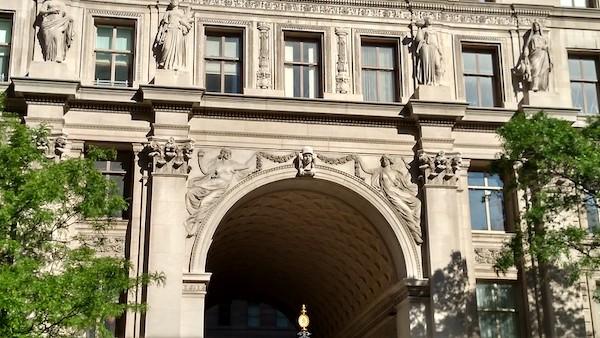 In Moving On, A Love Story, the three-time Academy Award nominated writer explained that she never planned to live on the Upper West Side – but fell “madly in love” with a five-bedroom, two fireplace, one-of-a-kind apartment at the Apthorp. “Ten steps in and I said, ‘I’ll take it’,” she wrote in 2006. Just beyond the iron gates of the Apthorp, a conveniently located 24-hour newsstand, a Subway station less than a block away, and all the good eats a foodie like Ephron could ever hope for only endeared the UWS to her. Ephron often discussed her affinity for the neighborhood’s culinary offerings including Citarella, H&H Bagels, Barney Greengrass, Gray’s Papaya, Zabar’s, and the now-closed La Caridad.

Delicious food aside, it was Ephron’s snap decision to rent an apartment at the Apthorp that colored the cinematography of the neighborhood since.

In 1989’s When Harry Met Sally, Ephron incorporated the Loeb Boathouse, Café Luxembourg, and the former Shakespeare & Company (at 2259 Broadway) into scenes involving the story of longtime friends turned lifetime companions. The apartment shared by friends of the title characters, and the infamous scene regarding the wagon wheel coffee table debate, was located 32 West 89th Street. The character of Sally Albright, played by Meg Ryan and based on Ephron herself, buys her Christmas trees from the PlantShed at 209 West 96th Street.

But perhaps the most vivid images from this movie are those where Sally and Harry, played by Billy Crystal, walk through Central Park. The calendar has clearly changed to autumn, the ground is littered with crunchy leaves, and the foliage remaining on the trees has turned those remarkable shades of yellow, orange, and red, that seem to only exist in this part of the city.

Roughly ten years after the release of When Harry Met Sally, Ephron directed and wrote a love letter to the Upper West Side during a time of dialup internet connections, AOL Messenger, and the once-intoxicating acknowledgement that “you’ve got mail.” Except for the storefront of the reviled Fox Books, You’ve Got Mail was filmed entirely on the western side of Central Park. Ephron filmed at numerous area locations including Zabar’s, Café Lalo, Gray’s Papaya, Riverside Park, and the 79th Street Boat Basin (as well as this forgotten bar and restaurant). These staples of the Upper West became characters of the story just as much as the characters themselves, but none more than the fictitious Shop Around the Corner, the beleaguered mom and pop children’s bookstore located at 106 West 69th Street.

Over the course of her Apthorp tenancy, Ephron filmed part of her personal tragedy-turned-triumph Heartburn there, hosted countless dinner parties which she became famous for amongst her close friends and family, and even wrote together with her sister Delia, who was also a resident of the complex for seven years. In Moving On, Ephron described her recurring nightmare of accidentally moving out of the Apthorp and not being able to move back in. While not accidental, Ephron did move out after 22 years in 2002, when the building proposed to raise her rent by 400%. She moved over to the East Side and described all the ways that her new apartment offered virtually the same lifestyle as her former one. But as similar as this new life was, she was not in love with the East Side like she was with the West. “It’s not love. It’s just where I live.”

Ephron analogized her move to homesickness. “[L]ove may or may not be homesickness, but homesickness is definitely love.” Whether Ephron moved on from her homesickness is unclear. She surely felt homesick in 2006, four years after moving from the West Side. And who could blame her?

Notwithstanding Sleepless in Seattle, it does not seem coincidental that her movies which resonated most with the public were those which highlighted the magic of the Upper West Side. It isn’t just that Ephron used the Upper West Side to paint the scenes of some of her best-known works. It’s more than that. It is the Upper West Side as seen through Ephron’s eyes that is oft envisioned when the flowers bloom in Riverside Park, or the snow falls on a makeshift corner Christmas Tree shop, or the leaves turn that brilliant shade of yellow, orange, and red in Central Park. Even now, more than 31 years after When Harry Met Sally and over 22 years since You’ve Got Mail, it is often Ephron’s Upper West Side that is hailed back to.

That is not just love. It is more than that. It’s homesickness. 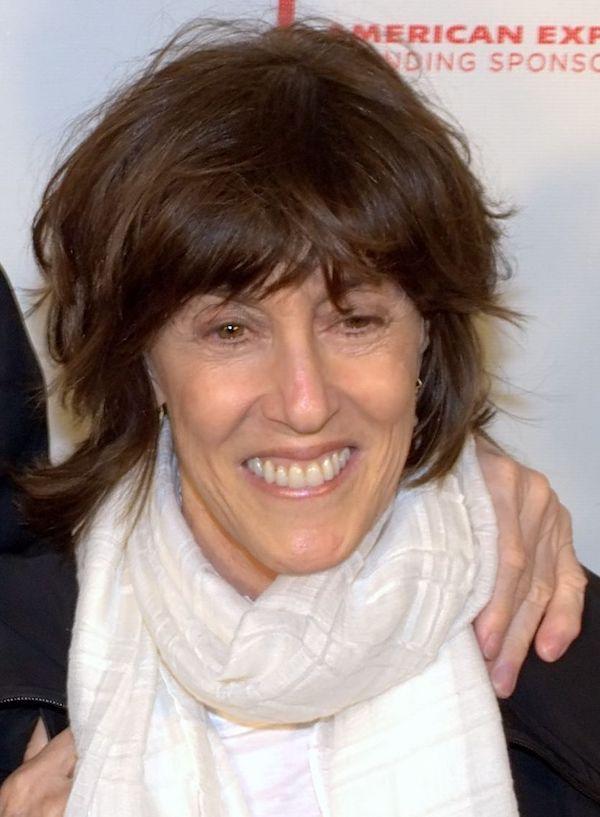