Mike Varley spent the last thirteen months eating bagels … a lot of them. Determined to find NYC’s best, the 38-year-old visited 202 bagel shops throughout the boroughs, ordered an everything bagel with scallion cream cheese at each one, and started ranking them on his website, everythingiseverything.nyc.

Each bagel spot was given a 0-5 score in three categories: bagel, store, and spread — and # 3 in NYC (and # 2 in Manhattan), Patch was first to report — was the Upper West Side’s Modern Bread and Bagel, located at 472 Columbus Ave (between 82nd and 83rd streets).

The full review gave the gluten-free shop a 4.5 out of 5 in each category, noting, most importantly, it serving the “Best gluten-free bagel in New York City.”

“The primary element that makes it not a bagel – lack of ‘heavy’ feeling from eating – is itself a positive characteristic,” the review further states. Varley describes the cream cheese as “impeccable” and “tightly whipped and light,” while complimenting the bakery’s wider selection of sweets and attentive staff members. 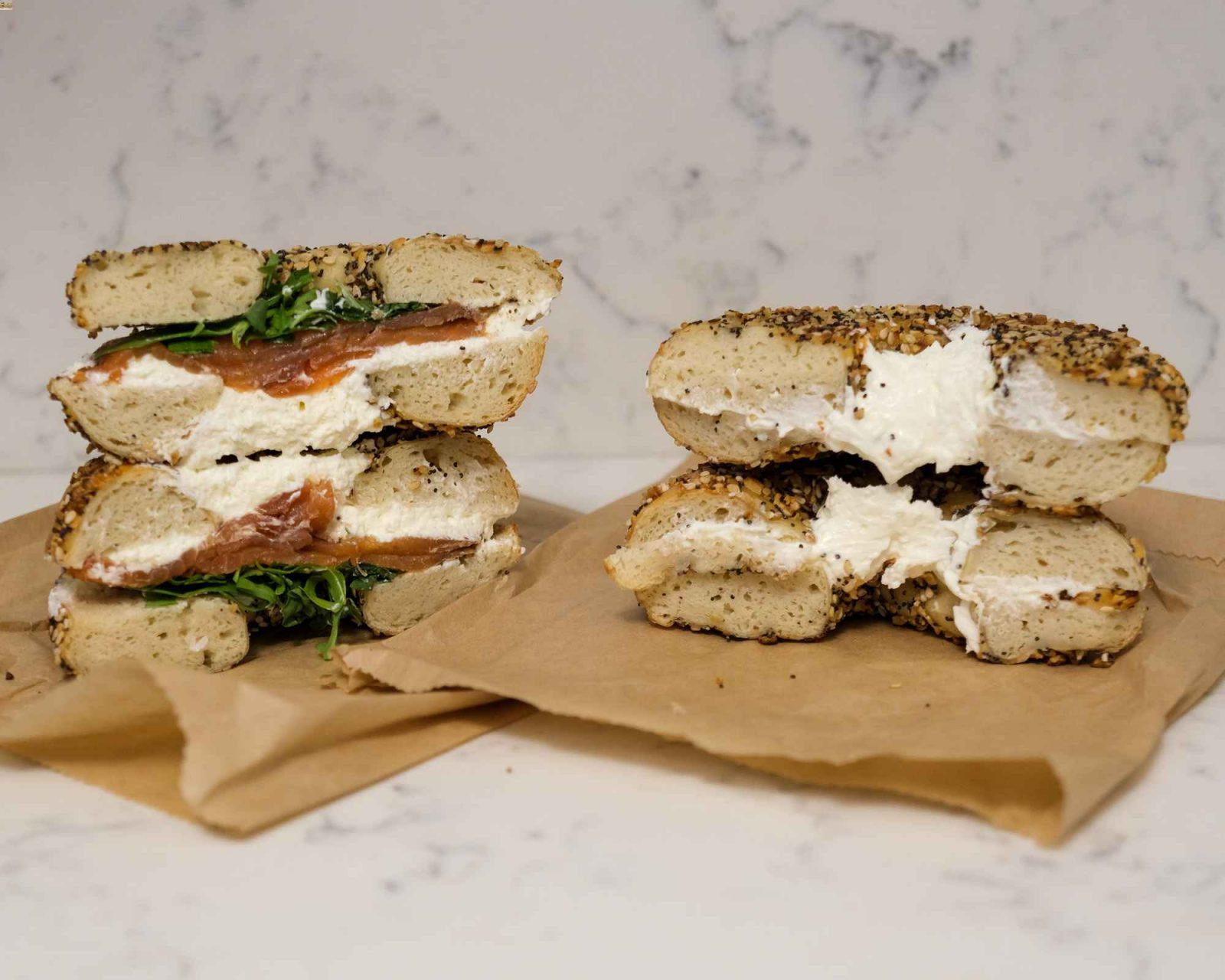 Other UWS spots to make this list include Broadway Bagel (2658 Broadway @ 101st Street) and Absolute Bagels (2788 Broadway between 107th and 108th streets), which you’ll find on essentially every best NYC bagel roundup. These two tied, ranking # 8 in Manhattan and # 25 in NYC.

Founder Orly Gottesman opened Modern Bread and Bagel in late 2018, and all of the bakery’s items are kosher and gluten-free.

If you’re wondering why she went with this model, her husband was diagnosed with celiac disease, so she was inspired to develop a product that was delicious but wouldn’t compromise her husband’s foodie appetite.

Though one might be skeptical of a bagel in gluten-free form, this might be worth your time. Everything is made in house at Modern Bread and Bagel, with a real mindfulness of what goes into each baked good. And as the saying goes – you gotta risk it for the biscuit, or in this case, the bagel.

Fairway Market on the Upper West Side