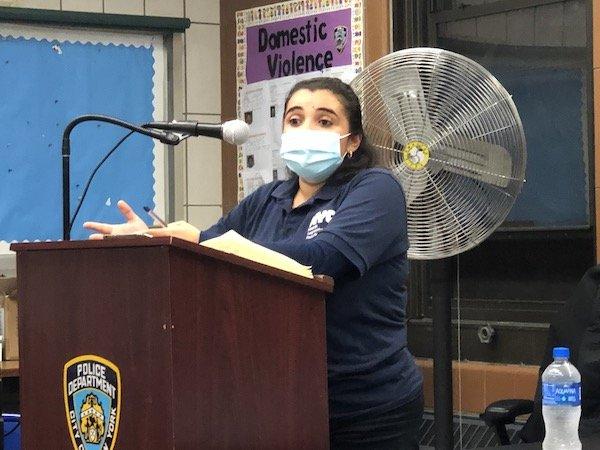 Vernazza kicked off the meeting by promoting the newly relaunched (August) Rat Information Portal. This resource gives you a look into the results of NYC Health Department inspections at specific properties in the City. Green indicates the site passed inspection, pink shows there was rat activity during the inspection, and purple means the location failed inspection. The descriptions include the last time each site was visited, when it was treated/baited and a job ID number (if you want to reach out for more information through the site). To obtain more information per site ID you can email RatPortal@Health.NYC.Gov.

For anyone interested in learning all the ins and outs of rat prevention, management, their biology and tips on what you can do in and around your home to reduce sightings, there’s Rat Academy. The 2 hour sessions are currently virtual; the next is Monday, November 22 from 10am-Noon. A late afternoon class is also available on November 30 from 5pm-7pm. 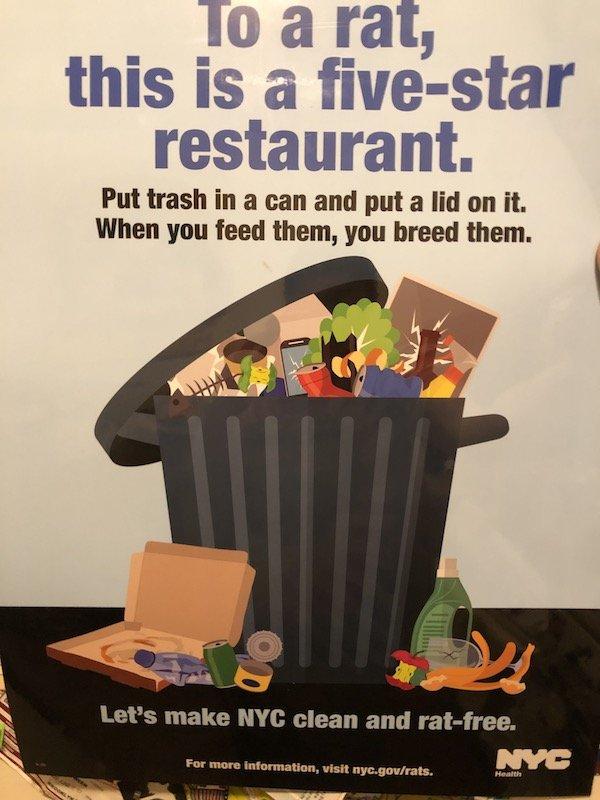 For anyone dealing with mice in their apartments: mice follow a schedule and track when we’re not home. These are the time slots when they’re most inclined to snoop around for food. Mice are smart and can remember when food tends to be present. This includes pet food, so you should also monitor your dog or cat’s feeding time.

Captain Zuber took the podium next, informing the gallery that the largest rat ever found in NYC was a pound and a half, which Huffington Post reported on in 2016. A mix of laughter and shock followed this “fun fact.”

During the Q&A portion of the meeting, Captain Zuber told the community that since the COVID-19 vaccine mandate was put into effect, three members of the 20th Precinct had retired (though he could not say whether it was specifically because of the mandate). There have also been a number of crossing guard resignations, which Zuber says is a tough role to fill at the moment. 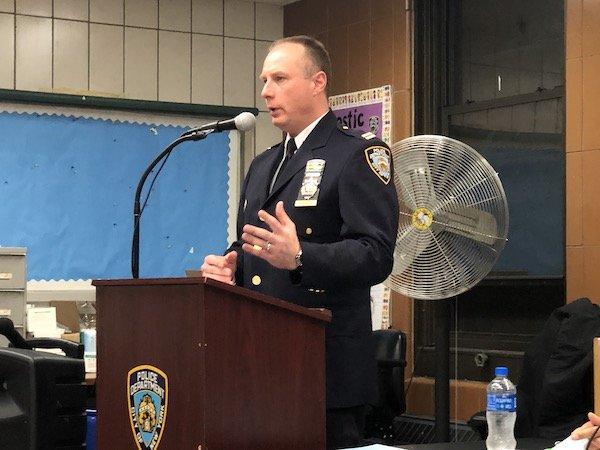 The biggest eye-opener of the evening involved the arrest of a suspect with a long history of prior offenses – seven in total. Detectives had recently arrested the suspect for targeting elderly victims and stealing their wallets from shopping carts (Fairway was a site mentioned in the details). After arresting the suspect, Captain Zuber said the 20th Precinct requested “high bail,” but the judge set it at just $2. “That’s what we’re facing,” Zuber noted with a grim look on his face, noting that this is a direct result of the state bail reform, which is also having an effect on police moral.

Captain Zuber said there’s been a recent decrease in grand larcenies, but three stores – one being the Rite Aid on 69th and Amsterdam – recently shuttered due to a combination of thefts and expiring leases. Here’s the latest NYPD CompStat report, which shows that grand larcenies have risen 52%, year-to-date, since 2020. This month, there have also been a string of robberies at the Blue Marble Ice Cream on 97th and Broadway.

In regards to the October 4 shooting at 72nd and Columbus – and the October 28 shooting by the McDonald’s on 71st and Broadway – Captain Zuber discussed “progress on both” investigations, but mentioned that “this is not television,” and with the investigations ongoing could not give out more details.

Yoga with Michelle in Riverside Park!