Just a couple days after 47-year-old Lashawn Mackey was arrested for the death of Maria Hernandez, 74, NYPD officials announced that they were looking for a second suspect, sharing the surveillance image below. 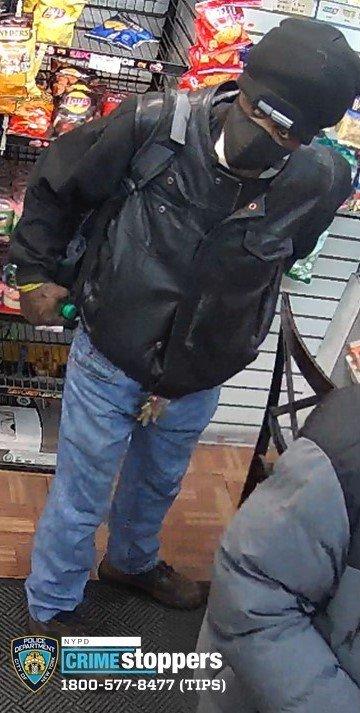 Police have now confirmed that on Tuesday at approximately 11 p.m., 53-year-old Brooklyn resident Terrence Moore was arrested on one charge of murder and two charges of burglary.

Hernandez was discovered in her apartment at 126 West 83rd Street on Wednesday, January 18 with her hands and feet tied. Mackey was arrested on Saturday, January 21 on charges of murder and attempted murder, in addition to two counts of burglary.

Soon after the arrest, it was discovered that Mackey was a temporary building worker where Hernandez lived.

“I’m in shock. I can’t believe that, the most terrifying moment of my life,” said Hernandez’s sister Maria Terrero, who first discovered her body. “I found her in the bedroom. She was on the floor, covered with all this stuff.”

Anyone with relevant information about the suspect pictured above is asked to call the NYPD’s Crime Stoppers Hotline at 1-800-577-TIPS (8477) or for Spanish, 1-888-57-PISTA (74782). The public can also submit their tips by logging onto the Crime Stoppers website or by sending a direct message to @NYPDTips on Twitter.