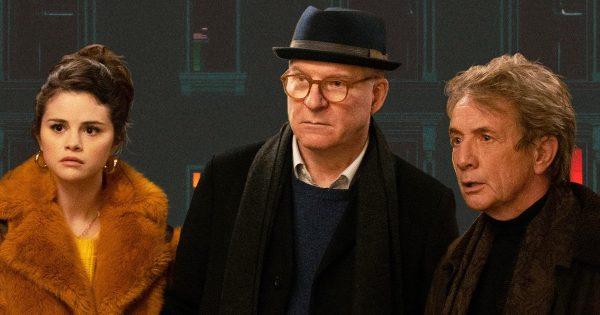 Hulu has released the first three episodes of “Only Murders in the Building,” which takes place on the Upper West Side and stars Steve Martin, Martin Short and Selena Gomez.

#OnlyMurdersOnHulu is finally streaming. And now if you’ll excuse me, I have to go watch it. You know, for research. pic.twitter.com/IpOk3imfNJ

The “building” referenced in the title is the Belnord, located at 225 West 86th Street, and it goes by The Arconia in the series.

Upper West Siders first got a glimpse of the stars filming in the neighborhood in December 2020, when Martin was spotted with a camera crew on 74th and Central Park West (about a block from his apartment at the San Remo).

In March, co-stars Gomez and Short were spotted at The Belnord. 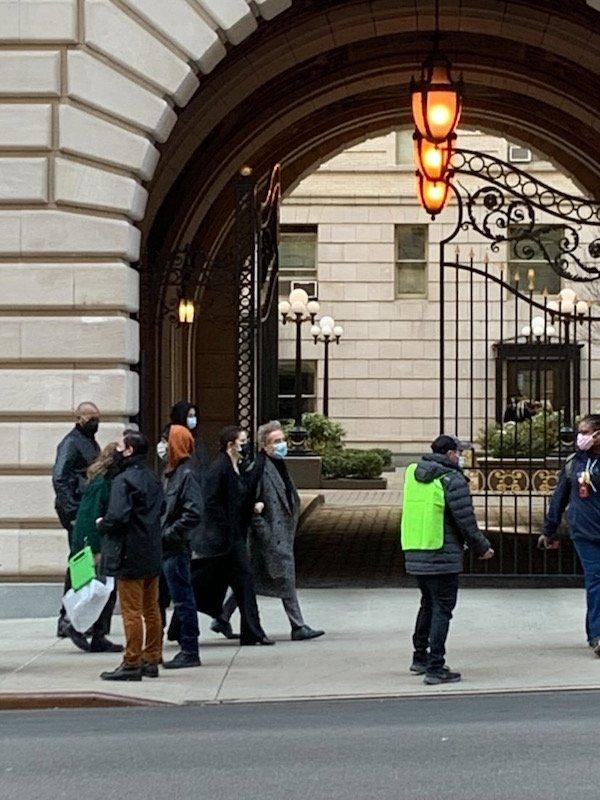 Untapped New York reports that The Belnord was only used for exterior, courtyard and elevator scenes, and that the bulk of interior filming took place at 270 Riverside Drive, between 99th and 100th Streets. The Dakota and the streets of Broadway also make appearances, and three guest stars include Tina Fey, Sting, Nathan Lane.

From the minds of Steve Martin, Dan Fogelman & John Hoffman comes a comedic murder-mystery series for the ages. Only Murders in the Building follows three strangers (Steve Martin, Martin Short, and Selena Gomez) who share an obsession with true crime and suddenly find themselves wrapped up in one. When a grisly death occurs inside their exclusive Upper West Side apartment building, the trio suspects murder and employs their precise knowledge of true crime to investigate the truth. As they record a podcast of their own to document the case, the three unravel the complex secrets of the building which stretch back years. Perhaps even more explosive are the lies they tell one another. Soon, the endangered trio comes to realize a killer might be living amongst them as they race to decipher the mounting clues before it’s too late.