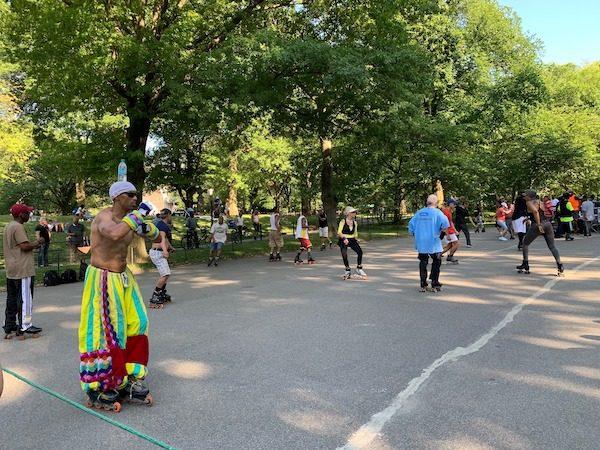 The Central Park Conservancy has closed the path east of Sheep Meadow … perhaps best known as the Skate Circle, where the Central Park Dance Skaters can be found on warm weather weekends. The area is undergoing renovations and the Conservancy expects this work to be complete by July. “The resurfacing work includes repairing and repaving the asphalt surface, applying a seal coating designed for recreational use, and striping the surface for recreational uses,” the Conservancy states.

The Central Park Dance Skaters Association (CPDSA) shared the update with its followers, albeit in a less optimistic tone:

“The Resurfacing project schedule has had some last minute changes. It is now slated to be happening sometime between June 20th and the end of July. After June 20th, we cannot predict when the project will begin and when it will end. …All we can do now is roll with it, trust the Conservancy and believe that the work will be done and that we will have a better, smoother surface for skating by the beginning of August.” 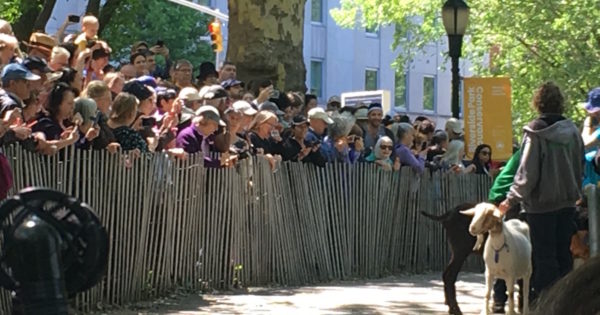 We recently announced that the goats would be returning to Riverside Park this summer. It’s now been revealed that the official Running of the Goats ceremony will be on Wednesday, June 29 from 11 a.m. — 12 p.m. Free and open to the public, the goat run will take place at 120th and Riverside Drive, as it has in years past. A total of 20 goats will run, and 4 will stay for the entire summer.

If you’re having trouble visualizing a New York City goat run, here’s a video from 2019.