A new pizza place appears to be opening at the former Hot & Crusty between 87th and 88th Streets on Broadway.

A sign for Sforno can be seen at 2393 Broadway. We don’t know anything about Sforno yet, except that construction workers at the site told several of our readers that it would be a pizza place. 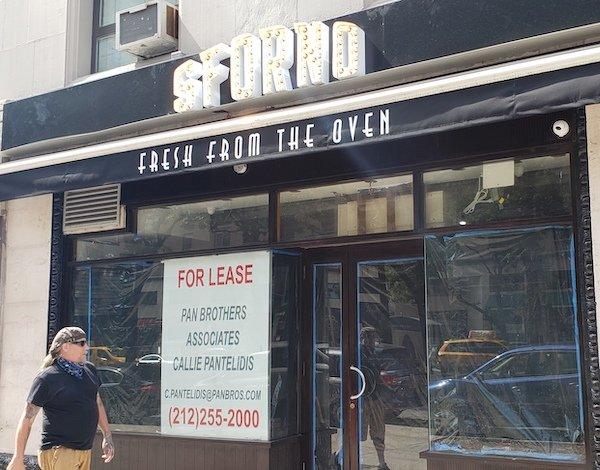 This Hot & Crusty closed earlier this year after serving the Upper West Side for many years.

While Upper West Side closings appear to be occurring on a non-stop basis, a bunch of new places have recently opened or are planning to:

Also, our tipster ‘Upper West Sider’ has informed us of a few recent lease signings at the following locations:

We don’t yet know what will open at the above addresses, but we’ll provide an update once more info becomes available!