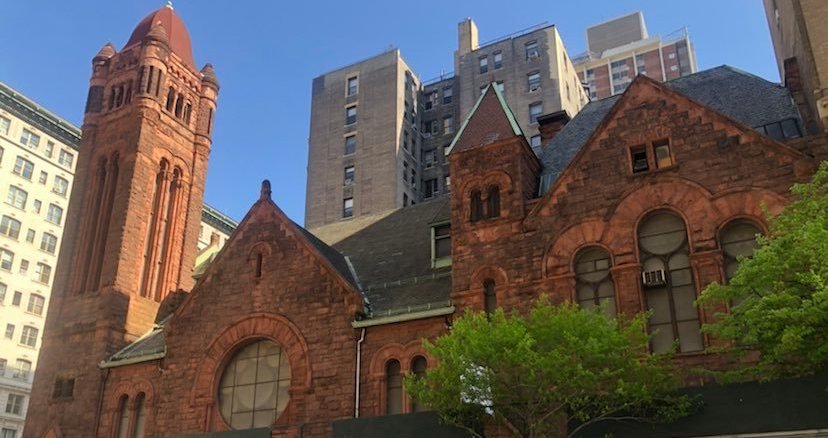 A press conference was held today, Thursday, May 5 at 10 a.m., to rally in support of saving West-Park Presbyterian Church, which recently submitted a hardship application to have its landmark status removed. If approved, the church would get razed to make way for a mixed-use apartment building with a 150-seat auditorium and new church.

Standing outside of the brown and red carved sandstone church — one that’s been lauded for its Romanesque Revival style — were everyone from lawyers to community members, artists and politicians. Tonight at 6:30 p.m., there will be a public hearing with Community Board 7’s Preservation Committee to discuss the potential demolition of the current structure to make way for a high-rise if the landmark status is stripped. 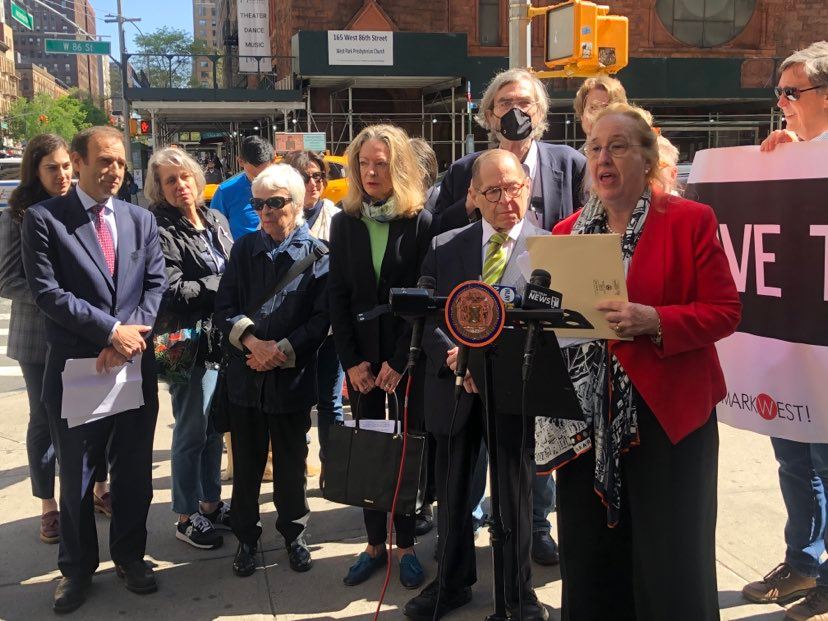 “There are fewer than five remaining members of the church,” said Congressman Jerry Nadler in an ILTUWS post-press conference interview, before alleging that “New York Presbyterian sees it as a possible cash cow because there’s 140,000 square feet of buildable space. At today’s apartment prices or condo prices or co-op, the community should not be deprived of this.” The church is currently home to multiple art groups, including the Center at West Park and the Russian Arts Theater & Studio.

Local Upper West Sider Carmen Caceres started working at the Center at West Park in the spring of 2021 as an artist in residence. Caceres is currently the director and choreographer of a three-installment production at the West-Park Presbyterian Church titled “Welcome to Imagi*Nation.” The third installment premieres Wednesday, May 25. “It’s so incredible to have a space like this close to my home where I can really explore, make my artwork and share it with the community,” said Caceres. When asked how it would make her feel if the Center at West Park was lost, Caceres responded, “Heartbroken. It’s just an amazing gem in the city and not only for me but for so many wonderful artists. It’s really a home to be creative, explore and make mistakes.” The Center at West Park recently launched its own campaign to save the building.

Council Member Gale Brewer, who was instrumental in securing the church’s landmark status that was approved unanimously by the Landmarks Preservation Commission in 2010, is still fighting to find the money to renovate a space that has fallen into disrepair. “Allowing this church to be de-landmarked and demolished would set a terrible precedent,” said Brewer. She went on to proclaim, “Buildings like this are irreplaceable and we have a responsibility to preserve our local history.”

Roger Leaf, chair of the West-Park Presbyterian Church’s Administrative Commission, was also in attendance. He’s one of the last remaining members of the church’s congregation and an advocate for de-landmarking status. Leaf told ILTUWS, “It was disheartening to hear so much misinformation” regarding the cost of fixing the structure. 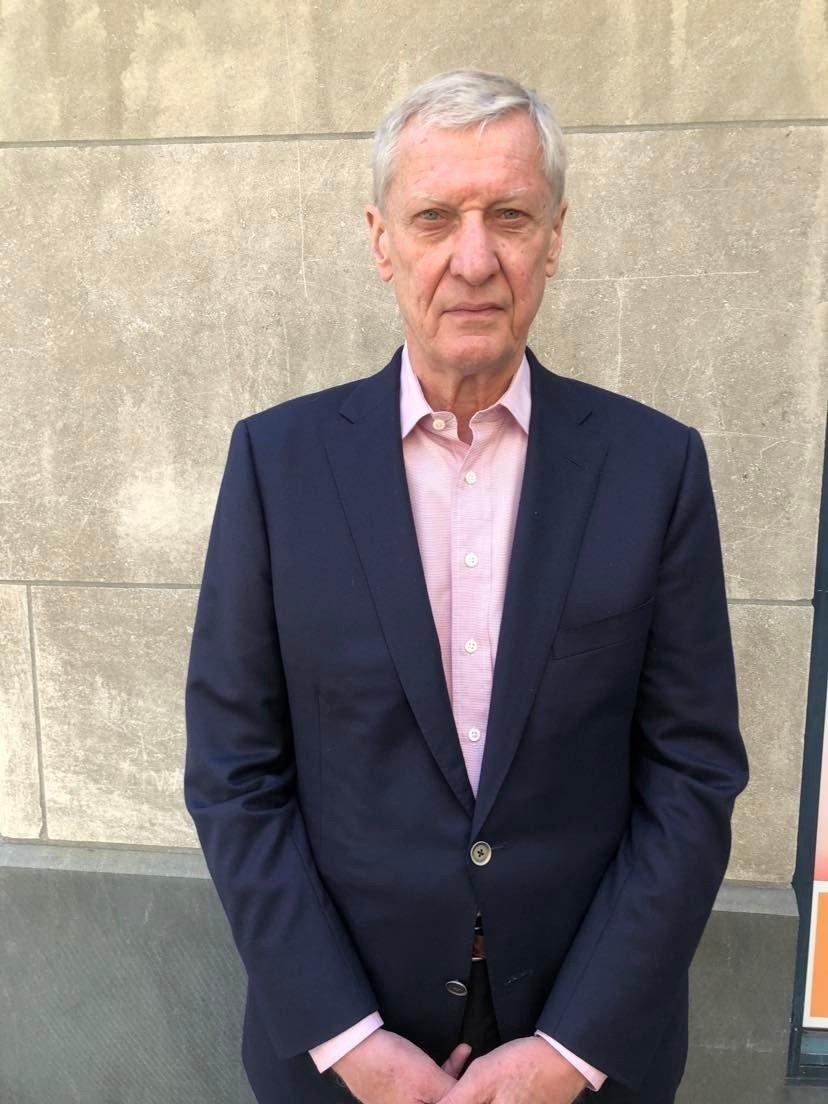 Leaf challenged estimates made by press conference attendees — including one made by an attorney who pegged the total cost at between $10 and $20 million. Leaf tells us “The Landmarks Conservancy did a study of the building 11 years ago. Just the façade came to $14.6 million. That’s about $18.5 million in today’s dollars.” Leaf also said that “conditions have only gotten worse,” describing an emergency repair recently needed when part of the façade detached from the roof and hung over 86th Street. Leaf looks forward to giving people an opportunity to speak tonight at the Community Board 7 meeting, while also noting, “It’s also important to hear both sides.”

Click here to register for tonight’s Community Board 7 Preservation Committee meeting. The public will have opportunity to comment.