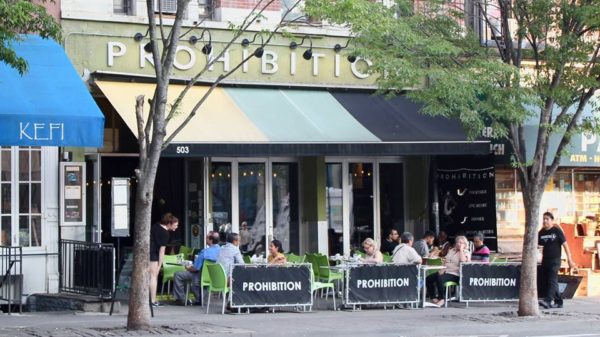 Since opening its doors in 1996, Prohibition has been a one-of-a-kind on the Upper West Side, offering nightly live music, a dance floor and a vibrant singles scene. The iconic venue, which could almost make our list of the neighborhood’s oldest bars, is also where legendary artists including Gavin DeGraw and Rachel Platten began their careers. But the long-time neighborhood favorite, located at 503 Columbus Avenue between 84th and 85th Streets, has been closed since the pandemic hit NYC in March 2020.

But when optimism began to return to (some) NYC bar and restaurant owners, Prohibition’s co-owner, Michael Trenk, pivoted to create something new, opening Baylander Steel Beach on a former US Navy ship stationed at the West Harlem Piers at 125th Street. Trenk brought his crew aboard with him, and the open-air seaside venue officially launched in July 2020. Meanwhile, Upper West Siders stuck on the mainland continued to wonder if and when Prohibition would return. 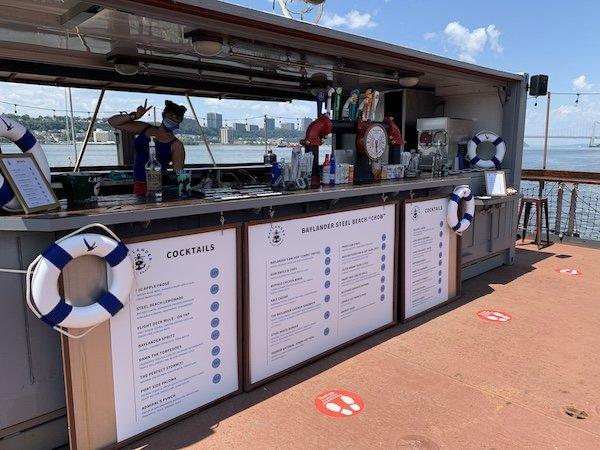 Around the time of Baylander Steel Beach’s opening (it will be back in May 2022), Trenk told us he was in the middle of negotiations with his Columbus Avenue landlord, and that Prohibition would reopen once regulations allowed it to happen safely.

Fast forward to December 1, 2021: the space has undergone (most of) its complete renovation … and a very different Prohibition is set to reopen on December 16!

“We’re going back to the 1920s,” Trenk told us, describing what will essentially be a brand new concept on familiar grounds. Staff members will wear Prohibition-era outfits; menus will consist of classic cocktails and upscale American plates; and the space will essentially look like a “Prohibition-themed museum,” Trenk says.

Live music will be back on a regular basis. Two teasers Trenk gave us include a December 18 performance by The Gilford’s and a New Year’s Eve show by White Wedding. More details on the music to come soon.

A new chef and partner is also in the mix. Alberto Gomez, known best for leading the kitchen at the Grand Havana Room in Midtown, will now be preparing for the Upper West Side’s newest “social club for Upper West Siders, but without the membership fee,” Trenk says.

The bar will also be an earlier venue. Live music will start around 8pm, and last call will respectively be at around midnight and 2am on weeknights and weekends (though this is still TBD).

The reimagined bar might feel like an evolved, matured, fancified version of an old haunt. Less rowdy, more refined.

We’ll provide an update once we know more. Stay tuned!