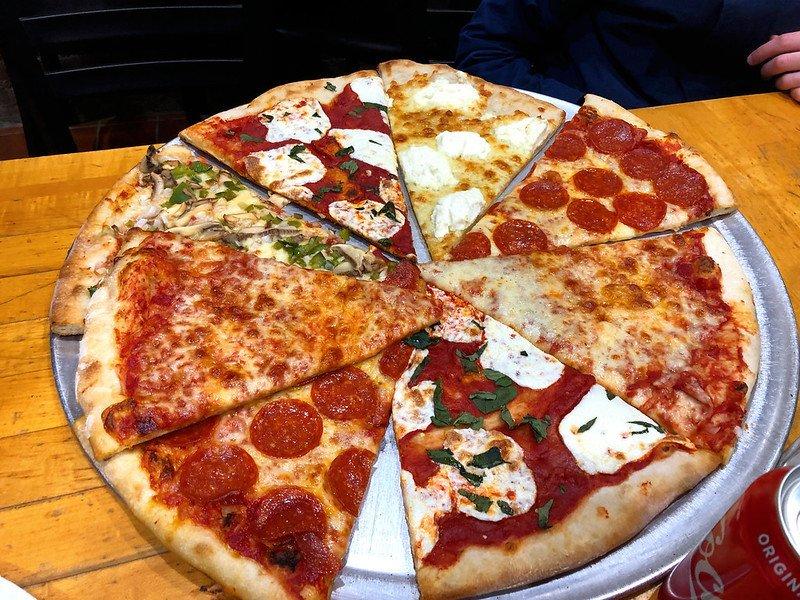 The Upper West Side has been abuzz ever since iconic pizzeria Sal & Carmine raised its price-per-slice this month by a whopping $1 (from $3 to $4).

The pizzeria at 2671 Broadway (between 101st and 102nd streets), which has been in business since 1959, is famed for its crust, as well as “tomato sauce and cheese that merge into a mysterious amalgam,” according to Eater, which included S&C on its just-updated list of best slices.

But disgruntled customers have been ranting about the price hike. One outraged patron said on nextdoor.com that the “33% price increase is ridiculous” and another called it “crazy.” On Yelp, someone called it “price gauging.” One customer is grumbling that a “slice should never be more than a subway ride. That’s NYC law,” encouraging a fellow New Yorker to wax nostalgic about 15-cent slices and 15-cent subway rides. One sarcastic pizza-lover remarked with an “lol” on the high cost of salt (with another noting the apparent saltiness of Sal’s slices).

Meanwhile, S&C had many defenders, who said the beloved institution had every right to raise its slice price, given increased costs for ingredients and probable increases in rent and electric. According to one fan, the pizzeria hasn’t raised its prices in at least 10 years (S&C could not be reached immediately to confirm this). “I heard the price of cheese went way up,” said another, who added, “I would never want the quality of the cheese to go down on a great slice.” Another said, “Speak to them and they’ll tell you how much paper bags, paper plates, [and] pizza boxes cost now. It’s ridiculous but that’s not their fault.”

Another ally of Sal’s spoke up, saying “I always think how sad I would be if these places closed because I was too cheap to ante up another $1.”

Signage Up For New Morton Williams

Santa Fe is Back in Business!