Signage for a new restaurant has been placed on the scaffolding in front of 2454 Broadway, between 90th and 91st Streets. This space was previously occupied by Big Daddy’s, which announced its closing during the spring of 2019.

At the time, Big Daddy’s stated they’d be reopening as a Mediterranean restaurant.

And Dagon appears to be that restaurant’s name.

We’ve been told they’re not planning on opening until indoor dining is allowed. 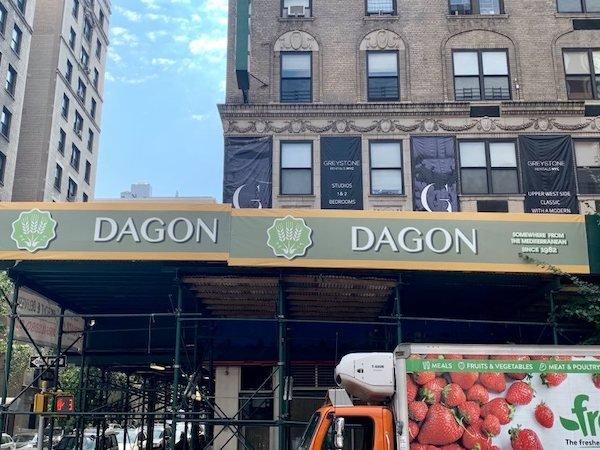 As of now, the only other info we have is what’s written on the scaffolding: “Somewhere from the Mediterranean – since 1982.”

The restaurant has also set up an Instagram account, but has not posted anything as of now.

“Dagon,” as defined by dictionary.com: “a Phoenician and Philistine god of agriculture and the earth: the national god of the Philistines.”

We’ll provide more info once we have it!

Cocktail Parlor and Social Eatery, the Owl’s Tail, Has Opened