The window of comedy club Stand Up NY was vandalized with spray paint at some point between Friday and Saturday night.

The comedy club at 236 West 78th Street (between Broadway and Amsterdam) has a display featuring face cutouts of Joe Biden and Kamala Harris, as well as “Happy Hanukkah” messaging. A menorah placed on the window sill is also visible through the glass. 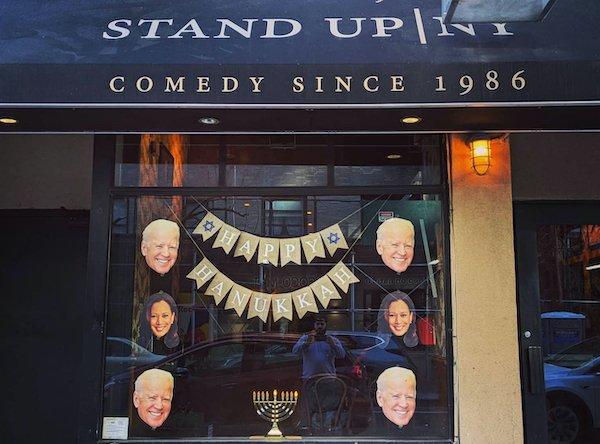 The club’s owner, Dani Zoldan, took to Instagram on Saturday to note that someone had plastered spray paint to conceal the cutouts. Some spray paint also covered part of the menorah. 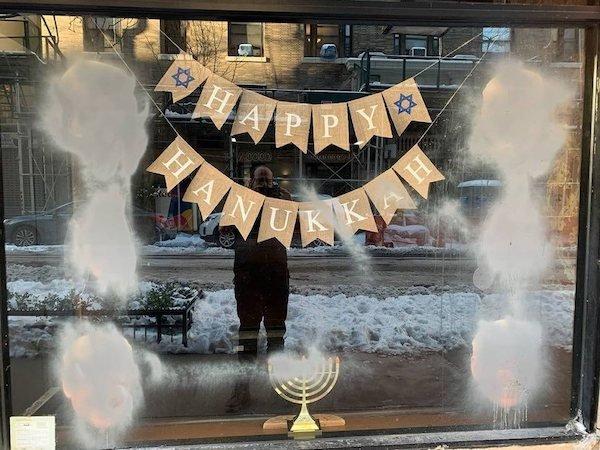 Zoldan and fellow staff members filed a police report and have begun combing through surveillance footage to see if they can nab the suspect.

“Someone felt the need to spray paint over pictures of Biden and Harris (and our Menorah?) that were displayed in our storefront,” Zoldan wrote on Stand Up NY’s Instagram page.

He continued to state that while he and fellow club staff are excited about the incoming president and VP, they “also think our democratic mayor, governor and local officials are doing a terrible job in New York City especially [regarding their] inaction to help small businesses struggling during the pandemic.”

One recent example of this sentiment was on display when Zoldan called out NYC’s double standard in its enforcement of COVID-19 restrictions, specifically noting how Saturday Night Live has been allowed to film in front of live audiences while smaller clubs and theaters have had to remain closed.

“It’s infuriating that SNL can have a live studio audience while comedy clubs are not allowed to reopen and make a living,” he wrote on December 6. “NBC and SNL cast members are raking in money during the pandemic while small businesses are struggling to survive. Two comedy clubs have closed permanently and there will be more. We’re all for COVID safety measures but it should be across the board.”

The Ramble in Central Park