On Sunday, January 17 at 12pm, Columbia University student organizers of ‘Tuition Strike 2021’ held a press conference with New York politicians to discuss affordable education and Columbia’s gentrification of the Harlem Community. They were joined by students of Columbia and its adjoining colleges, many with posters citing their demands.

Before the press conference began, I spoke with organizers Christian Flores and Matthew Gamero.

Christian Flores, a Columbia College economics student and YSDA Secretary, was the first to address the crowd. Protesters stood behind him holding posters and a large banner that read, ‘Education For All’. 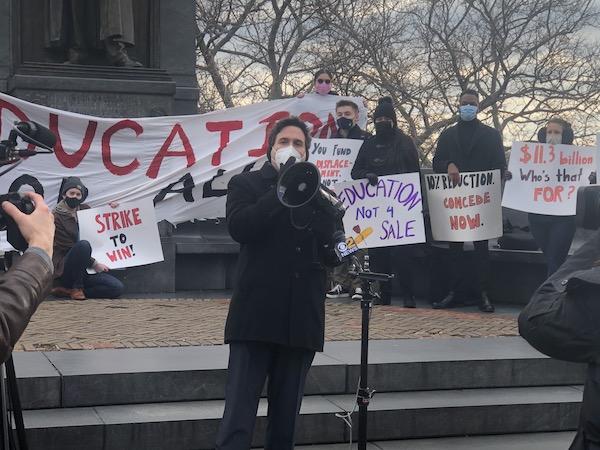 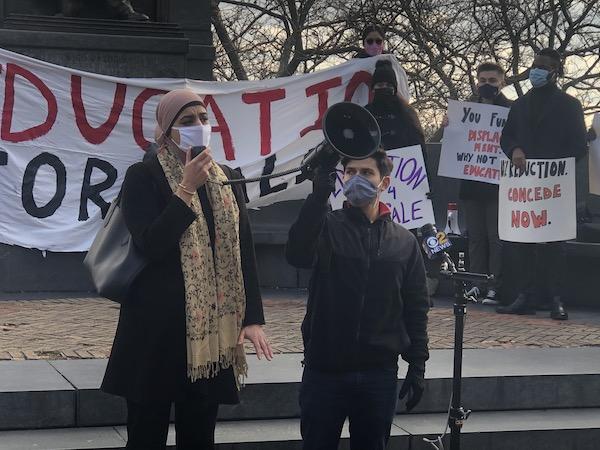 It was a united front amongst the speakers, enforcing every single demand on the Tuition Strike 2021 online petition. With over 4,200 signatures and counting, Columbia students want to see a 10% decrease in tuition with a 10% increase in financial aid due to “exorbitant fees” and “financial hardship” during the pandemic economic depression.

In addition to reducing tuition costs and increasing financial aid, the demands of the Columbia University students include:


After the press conference, speakers joined together with students and Tuition Strike organizers for a unity picture. 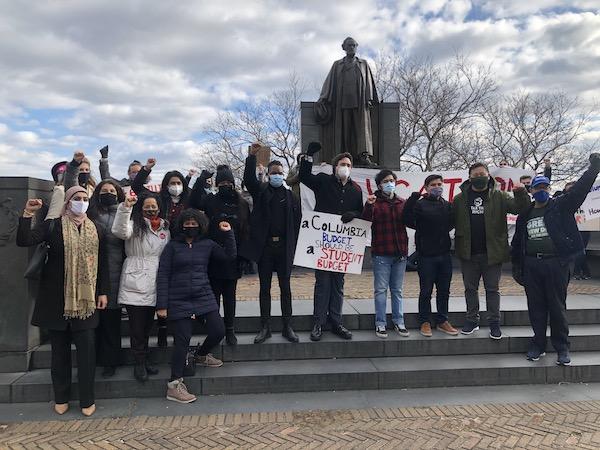 After the photo, the megaphone was handed to organizer Willem Morris, Columbia College Senior and YDSA Social Media Coordinator. Morris galvanized the crowd, announcing the protest would march to Columbia’s ‘Alma Mater’ statue on the steps of the University’s library. 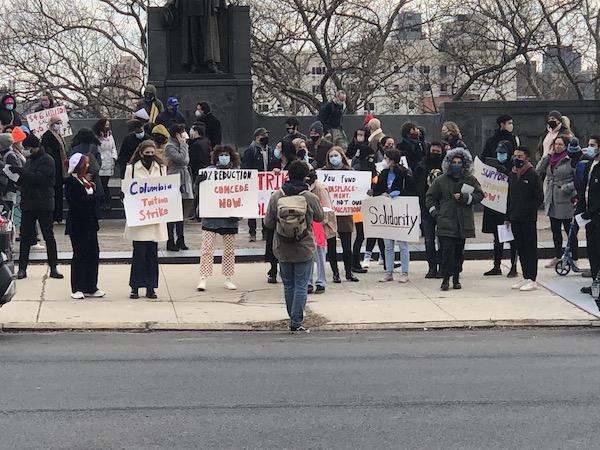 Participants marched through the Columbia University gates and up the steps of the University’s library to the Alma Mater statue, chanting “When I say tuition, you say strike.” 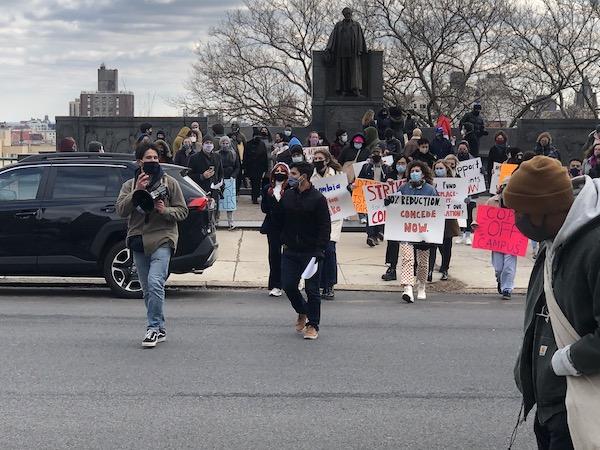 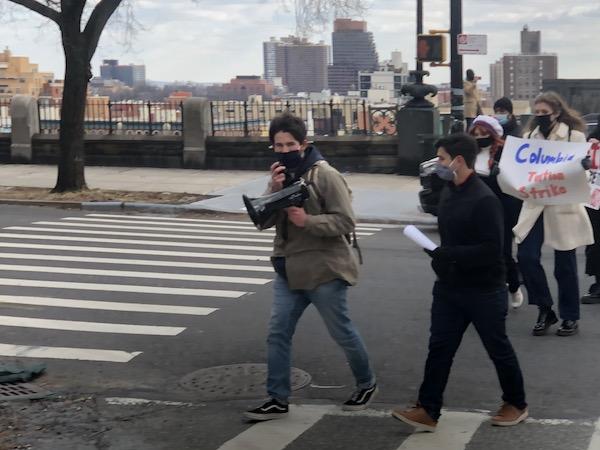 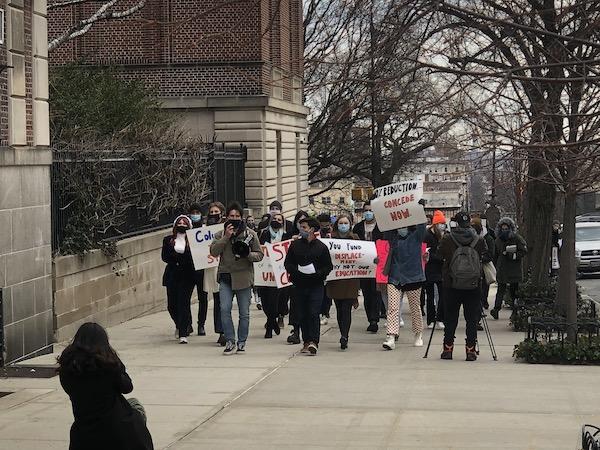 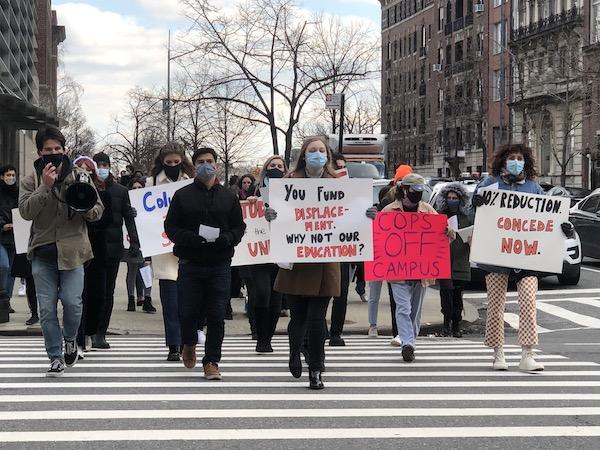 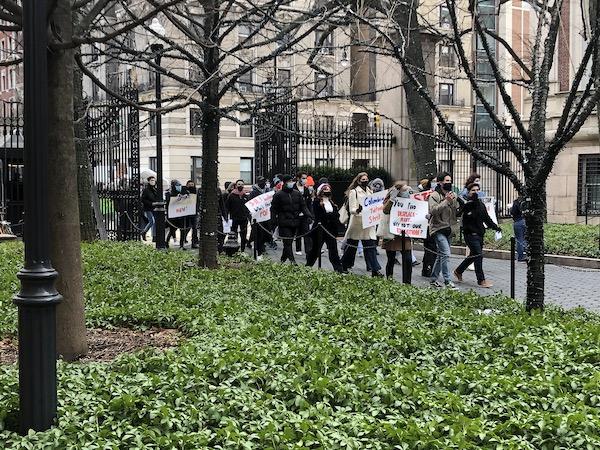 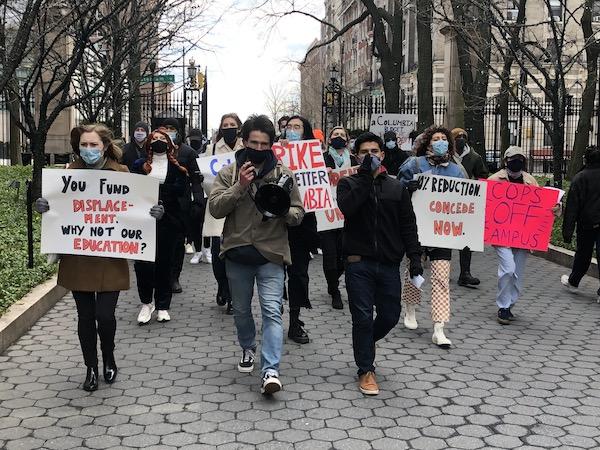 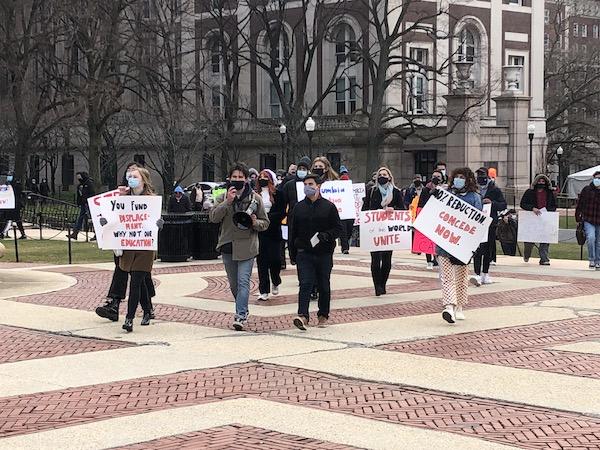 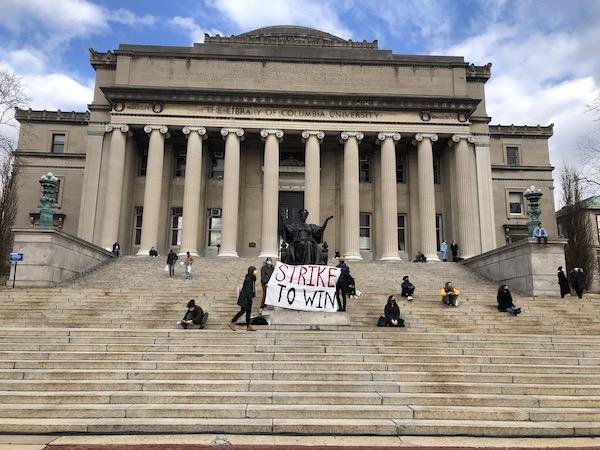 Once attendees were socially distanced, Willem Morris gave his closing speech on the library steps.


When asked about the events that took place today, a University spokesperson provided ILTUWS with the following statement:

“We are focused on protecting the health and safety of our community, educating our students using the most creative and flexible formats available, and continuing the scientific and other research needed to overcome society’s urgent challenges. Now the nation is confronting not only an overwhelming public health crisis, but also a reckoning with long unresolved structural racism, and a test for American democracy with few parallels in our history. This is a moment when an active reappraisal of the status quo is understandable, and we expect nothing less from our students. Their voices are heard by Columbia’s leadership, and their views on strengthening the University are welcomed.”