The NYPD is seeking the public’s assistance in identifying three suspects who robbed a delivery person on Saturday, November 20 at approximately 7:50pm. A reward of up to $3,500 is being offered to anyone with information which may lead to an arrest.

It was reported that the individuals approached the 22-year-old male victim, a food delivery person, in front of 216 West 89 Street, between Broadway and Amsterdam Ave. One of the suspects lifted his shirt to display a handgun while the other two stole the victim’s food. The suspects fled the scene on foot. The victim followed one of the suspects to 2450 Broadway (between 90th and 91st streets) before he ran northbound on Broadway.

The NYPD says the three suspects are Black males between 15 and 20 years old. 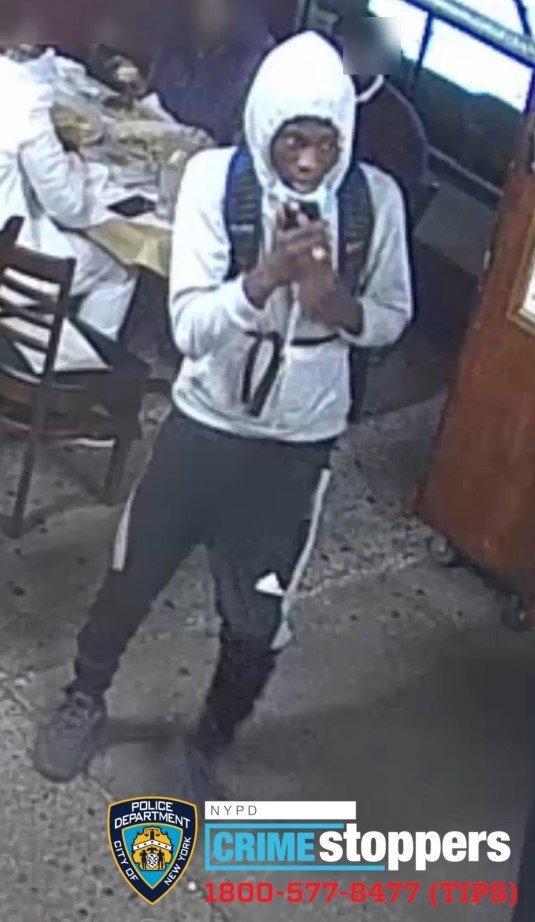 Anyone with information in regard to this incident is asked to call the NYPD’s Crime Stoppers Hotline at 1-800-577-TIPS (8477) or for Spanish, 1-888-57-PISTA (74782). The public can also submit their tips by logging onto the CrimeStoppers website at https://crimestoppers.nypdonline.org/ or on Twitter @NYPDTips. All calls are strictly confidential.