Taste of the Upper West Side (Taste UWS) has been scheduled to take place on October 1 and October 2, with two food-filled evenings featuring live music and samples from over 80 chefs. Each event will take place under a tent in the playground on Columbus Avenue between 76th and 77th Streets. 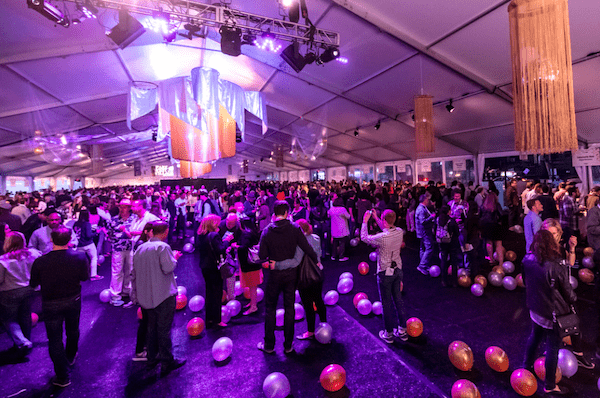 All attendees will be required to show proof of COVID-19 vaccination at the entrance. Taste of the Upper West Side will also be honoring all tickets purchased for 2020 on its newly scheduled dates.

Grillin’ in the City, taking place on October 1 from 7-10pm, will feature two restaurants – Pekarna and Covacha – making their Taste UWS debuts.

Slovenian-American restaurant and cocktail bar Pekarna opened its doors at 594 Amsterdam Avenue (89th Street) towards the end of 2020. For those of you who haven’t yet been, the space comes with two floors, a backyard patio and three private banquet rooms. Some noteworthy menu items include a Crispy Wild Boar with Rice appetizer, Herb Crusted Rack of Lamb entree, and Slovenian Apple Pie. Pekarna’s extensive cocktail offerings – which include “Summer Slushie Drinks” and absinthe drinks – have also received much praise.

Mexican restaurant Covacha opened its doors at 368 Columbus Avenue (between 77th and 78th Streets) in April 2021, replacing Cafe Frida after it had served the UWS for 22 years. While Cafe Frida’s late 2020 closing was undoubtedly a loss for the neighborhood, its former owner – Cristina Castañeda – is also the current owner of Covacha, which she considers a revival of her original eatery.

Castañeda describes Covacha as “a tribute to the food of the western Mexican ‘Ranchos,’ particularly inspired in Jalisco, honoring the ‘Milpa’ culture (a pre-colonial agricultural system configured around polycultures).” Covacha offers “revised versions” of traditional Mexican dishes (including vegan and vegetarian options), Mexican spirits and natural wines (with a focus on small-batch producers).

Castañeda Beyond Restaurants Hospitality also owns and operates El Mitote and Ella Social, both of which will be making Taste UWS appearances this year.

Also participating in Grillin’ in the City:

In addition, bartenders from Tiki Chick and Nobody Told Me will be serving beer-inspired cocktails “in the TASTE Beer Garden,” and there will be unlimited wine and spirits.

Tickets are $99 each. Learn more and buy your tickets here.

Best of the West will be helf on October 2 from 6:30-9:30pm (with a VIP reception taking place during the first hour). VIP ticket-holders will get to meet and mingle with chefs and will have access to an exclusive Bubbly bar and seating area.

The second evening of Taste of the UWS will feature live music by Project Orange and will be hosted by NBC’s Lauren Scala. The focus will be “elevated cuisine” and “the perseverance of restaurant owners on the Upper West Side.”

Also participating in Best of the West:

VIP tickets are $215 and general admission is $135. Learn more and buy tickets here.

Thank You For Coming Out (at the J)