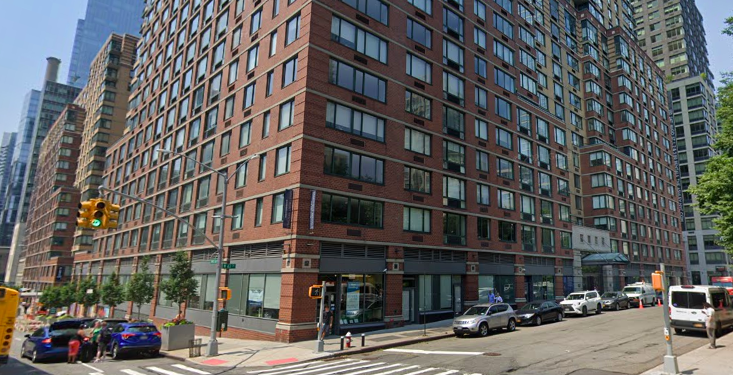 A “disgruntled” tenant cut off service to some Verizon Fios users at West End Towers on Monday, causing outages to creep into a fifth day by Saturday. As frustration grew about the lack of service, some residents worried about more than the inconvenience: is the vandal still in the building?

Fios service for some residents at 75 West End Avenue (63rd Street) abruptly stopped as early as 6:00 p.m. on Monday, July 18. A growing number of individual requests for on-site service were subsequently lumped into a group ticket by Tuesday, with the luxury apartment building’s management team also acknowledging the outage that morning.

“Unfortunately we had some unwarranted damage to the Verizon Fios System. Technicians are here and will be working on restoring service ASAP. Most of you will not be affected by this outage. Thank you for your patience.”

The outage for some tenants continued into Thursday despite assurances from Verizon that service was to be restored by 9:00 p.m. the night before. West End Towers management again emailed residents on July 21 reporting that the outage was the result of an isolated incident caused by a vandal. Management also assured residents that it identified the vandal and is “acting against him to protect our residents and the infrastructure of the building.”

A resident reached out to ILTUWS shortly after receiving this email from Management and spoke to us on the condition of anonymity. “It was a disgruntled tenant that did this. I tracked down a Verizon tech and he said that a tenant cut all the wires.”

The resident also reported that an individual who works at West End Towers told them the vandal broke into the Fios boxes that are ordinarily screwed shut and sliced off service one floor at a time.

“There was an individual who cut cables serving many customers in the building. At this time, we’re working with building management to restore service as soon as possible,” said Caroline Brooks, a Verizon Communications Manager. Brooks did not confirm if the floor-by-floor scenario was accurate.

But as the outage reached its fifth day, some residents worried more about where the perpetrator was than when service would be restored.

“He is still in the building,” the anonymous resident exclaimed, worried that the suspect remained amongst the rest of the tenants. “I talked to [management] who said not worry, that the building is safe, and they were hiring extra security.”

ILTUWS also spoke to a West End Towers worker on July 23 who also wished to remain anonymous. “He is still in the building. I saw him this morning.” This worker confirmed that the outage remains ongoing, and that Fios service in all three towers at 75 West End Ave was impacted. The tower at 55 West End Avenue was not affected.

A spokesperson for West End Towers emailed ILTUWS the following statement on July 22 and confirmed its commitment to address both the safety and Fios service concerns.

“75 West End management has been diligently working with internet providers to ensure that providers fix issues resulting from damage of an internet cable earlier this week. Additionally, management has increased security presence in the building to protect against such damage.’’

Sam, a Verizon fiber support team supervisor, confirmed that a fiber line was cut but could not confirm any additional information. He advised that further info could be obtained from the repairpersons on site.

When asked whether Verizon would be prorating impacted West End Towers residents for the service outage, Sam was not so certain. “For an act of God, yes.” He explained that he was not sure how an act of vandalism in a community setting would be assessed and urged residents to contact the sales department at 1-800-Verizon when individual service is restored.

Dogs Playing in the Snow