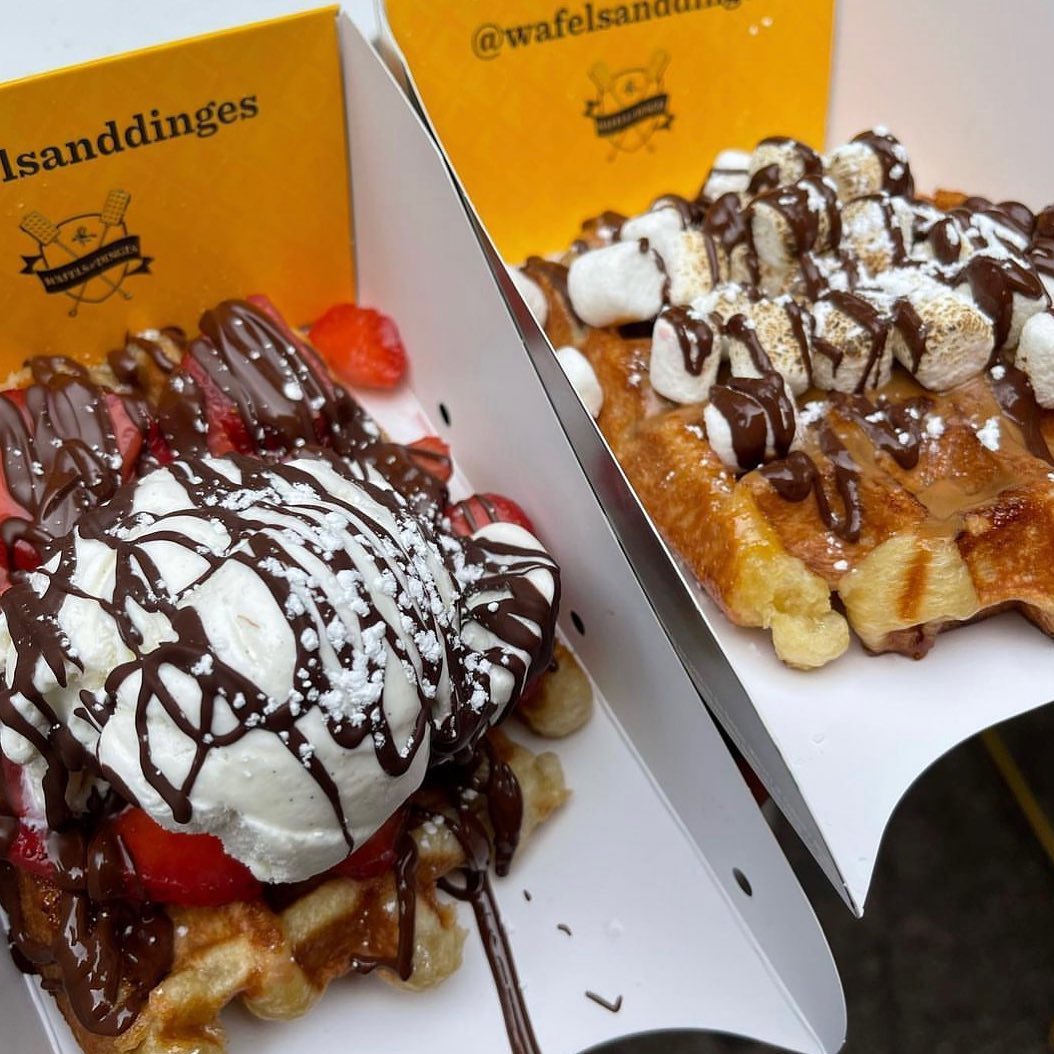 Wafels & Dinges, the purveyors of scrumptious fresh waffles (“wafels” in Dutch) with decadent toppings, used to operate five street carts around Manhattan, three of which were on the Upper West Side: at the Great Lawn in Central Park, outside the American Museum of Natural History at 81st Street, and at Richard Tucker Park by Lincoln Center.

Those carts are all gone, but founders Thomas and Rossanna DeGeest are coming back to the Upper West Side in brick and mortar form, with a recently leased location at 392 Columbus Avenue at the corner of West 79th Street (formerly occupied by The Coffee Bean & Tea Leaf). According to @TradedNY, the asking rent for the space was $336,000 per year.

Wafels & Dinges has gone brick and mortar before; their first retail presence was in the East Village and it opened in 2013, closing in early 2021.

But now they’re making it their main business model, doing away with the carts completely.

“A lot of our guys who were good drivers and safe drivers ended up making a lot more money driving across the country,” said Thomas in an interview with ILTUWS. “We still have trucks for private parties. But the day-to-day business, it’s a struggle. It’s a hustle.”

Thomas described this permanent move to brick and mortar as “a logical transition,” before saying, “I’m looking forward to it. And the charm of the area … there’s some cool architecture around there.”

The menu will feature all the classic Wafels & Dinges items. Patrons have the option to customize their waffles from a lineup of gooey spreads like dulce de leche, hazelnut fudge and their Belgian cookie butter, which they call “spekuloos spread,” among others. Toppings include candied bacon, marshmallows, walnuts and cookie crumble.

The “WMD” — with bananas, strawberries, Belgian chocolate and whipped cream — is one heck of a mamma jamma. If you’d like to try the waffle that beat Bobby Flay in a street throwdown, try the “Throwdown” with whipped cream and spekuloos spread/cookie crumble. 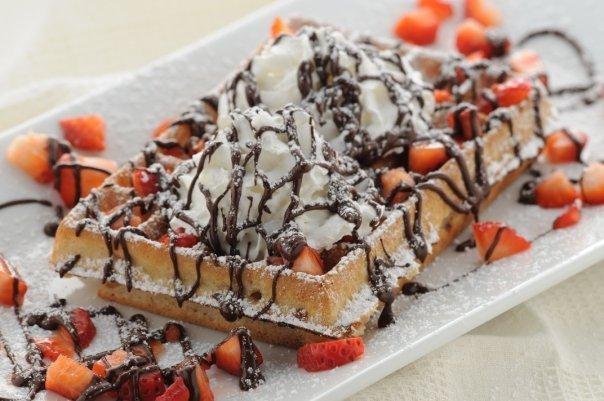 The WMD, or “Waffle of Massive Deliciousness”

Their Upper West Side location will mark Wafels & Dinges’ fourth location in the city. They also have a kiosk in Bryant Park, on 23rd Street by the Lego Store, and in Herald Square. You can also find them at the Mall of America in Minneapolis and out in Denver, where they have two locales.

The DeGeests are hoping to open their UWS shop in November. Hours will be 8 a.m. to 10 p.m. daily.

Dunkin’ Donuts on the Upper West Side

Oxbow Tavern Expects To Reopen (At Some Point, in a New Space)