For years, Jeri Laber’s friends and family have told her that her human rights work, as described in her 2002 memoir, The Courage of Strangers, read like a novel and should be made into a movie. So, about a year and a half ago, Laber started writing a thriller called The Russian Key. It is very loosely based on her undercover human rights work in the Soviet Union and Eastern Europe during the Cold War.

“Do you still have the little key I gave you in Moscow?” Max asked.

“Of course, it’s in my top drawer. You told me it was the key to your heart. For years I wore it on a gold chain.” I took it out and showed it to Max. He looked at it fondly, then fastened the chain around my neck, caressing my neck and shoulders as he did so.

(From The Russian Key) 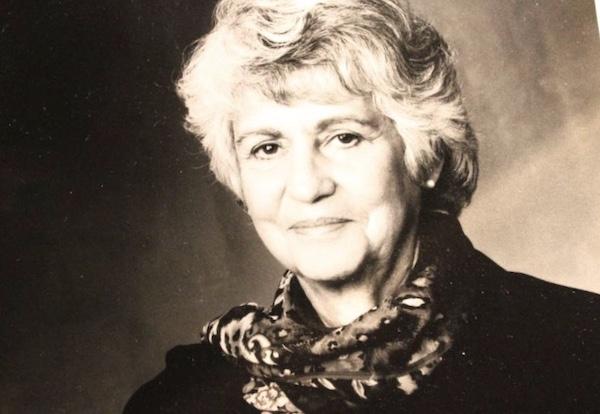 Now in her 80s and retired for 18 years, Laber was one of the founders and a longtime fearlessly articulate leader of Helsinki Watch, which grew to be Human Rights Watch, one of the world’s most influential organizations. Bringing attention to abuses of human dignity, protesting the infliction of physical harm, and advocating for policies to improve lives was her fundamental commitment. She is the recipient of fellowships and many honors, and has written scores of articles on human rights issues for The New York Review of Books, The NY Times, and other publications.  Married twice, she is the mother of three daughters and has 11 grandchildren. An Upper West Sider through and through, she says, “I have lived at every subway stop, and she enumerates: “116th Street, 103rd Street, 90th Street, 86th Street and, for the past 25 years, 79th Street.”

In the course of four decades, beginning as a Columbia University Russian Studies graduate student, then as a Human Rights Watch leader, she traveled throughout the Soviet bloc, meeting with dissidents and writing and advocating for positive change. Trying to keep a low profile as a “housewife and tourist,” she was nevertheless followed, searched, threatened and on one occasion expelled. All this is described in her memoir, The Courage of Strangers. That memoir got the full range of promotion that’s the dream of most authors, including “a cross-country book tour, an interview with NPR’s Terry Gross, readings at Barnes & Noble and other bookstores.” But publishing has changed since then, and Laber knows it’s now up to her to do the necessary publishing and promotion to get a book out to readers. “Just tweaking the novel before I self-publish it,” she says.

Without giving away too much about The Russian Key, Laber clearly has an enticing story to share. The initial idea of her thriller came from her experiences as a graduate student of Russian Affairs in the early 1950s. At the time, almost no one in the US or Europe was granted permission to travel behind “the Iron Curtain.” Then, just after Stalin died in 1954, Laber and three other grad students, much to their astonishment, received visas approving their travel to what was then the USSR. She and her fellow students spent a “heady” month traveling throughout the Soviet Union. At Moscow University, Laber met a ” very attractive Russian student,” though no relationship could or did develop.

With novelistic finesse, Laber has turned that fragment of personal history into the beginning of her novel where Katherine (Kate) Landau, a Smith College student, travels to the USSR with two classmates. She meets a Russian student, they have a brief affair, she takes a photo of him, and she ends up in jail. Ten years later, they meet up again in New York City and pick up the affair. Only now he is a KGB officer, posing as a diplomat, and she, unknown to him, is with the CIA, assigned to find out all about him. That’s just the beginning.

“Writing fiction is very freeing,” Laber says. “When you’re writing non-fiction for The New York Review of Books, you need to check every word.” She thought a thriller would be fun and easy to write. “I thought I’d just knock it out.” The fun part, yes.  Easy, not so much. “My novel is a page-turner,” Laber says, “but I also want it to inform younger readers of what it was like under Communist oppression during the Cold War.”

Describing herself as “a night person,” Laber often finds herself writing late in the evening before going to sleep. She writes when ideas come to her, with no particular schedule. She’s received comments and suggestions from her daughters at various stages of the novel and has also recruited the professional assistance of the editor who worked on her memoir. The experience of writing a thriller has been an adventure and there are now only a few final touches needed. As always, Laber is up for the challenge.  In this case, it’s self-publishing The Russian Key, her forthcoming novel, soon to be available on Amazon.