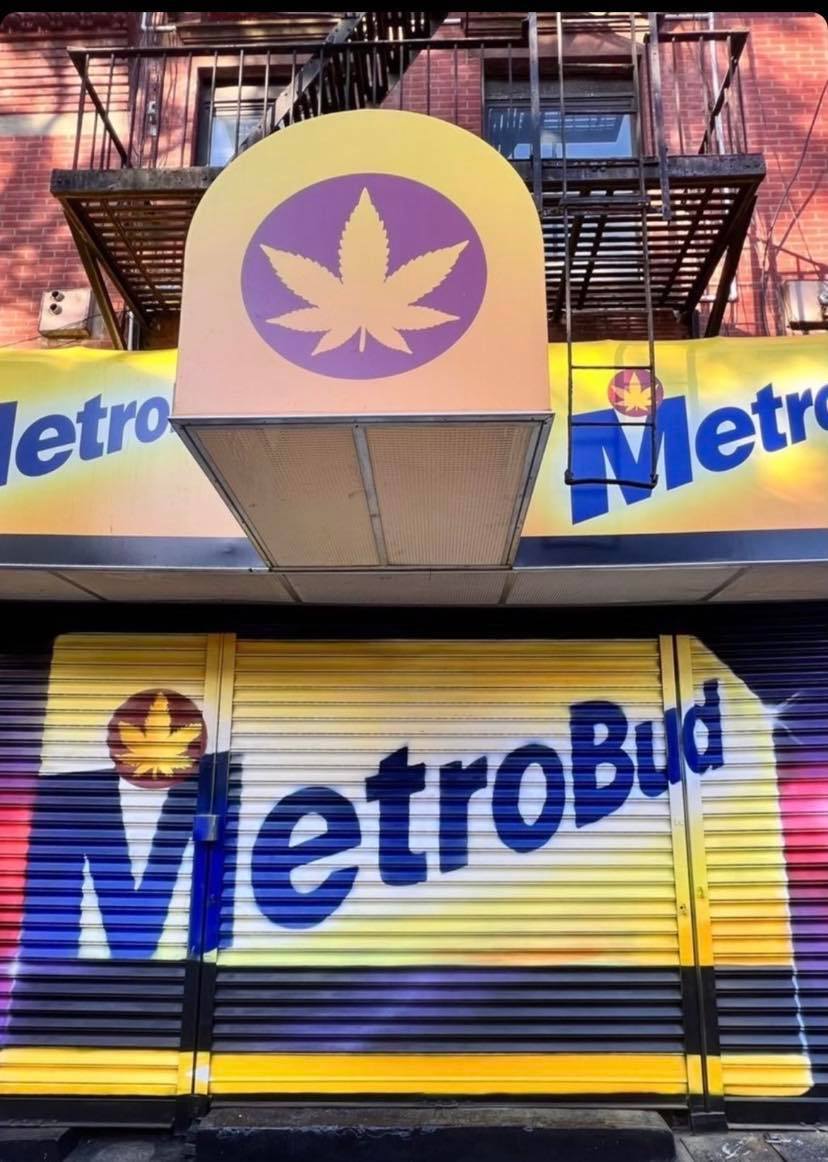 MetroBud opened at 72 West 106th Street (between Columbus and Manhattan avenues) earlier this year, and while CBD shops have recently been sprouting up throughout the neighborhood, co-owner Joe tells us this was the first of its kind to be planted on the Upper West Side.

The store offers monthly memberships for $25 and daily passes for $5, and products include a variety of strains in different quantities, pre-rolled joints, edibles, bongs and glassware, vapes, concentrates and more.

On July 14, Bloomberg Law reported that “New York’s first retail licenses to sell recreational cannabis will go to applicants who were convicted of marijuana-related offenses before recreational pot was legalized, or whose relatives were found guilty of a crime connected to pot.”

Joe, a former military man from Queens, started the business with his brother in 2020, and he does tell us that his prior involvement in the industry has gotten him arrested. He says he’s now considered a legacy operator, having been a part of the industry before it was legalized.

“We’re operating as a membership club until they open the application process,” Joe tells us.

Joe tells us that while business was slow at first, it now appears to be really blossoming, with about 7,000 total membership signups to date. Customers come from all walks of life, Joe tells us.

They grow some of the product themselves, while some must be sourced. They try to work with local farmers as much as possible, but they sometimes have to rely on California’s pot farms.

If you happen to be someone who’s bought weed in the past, the prices here are much lower — or at least they start much lower. Joe says his cheapest 8th (of an ounce) is $10 for monthly members.