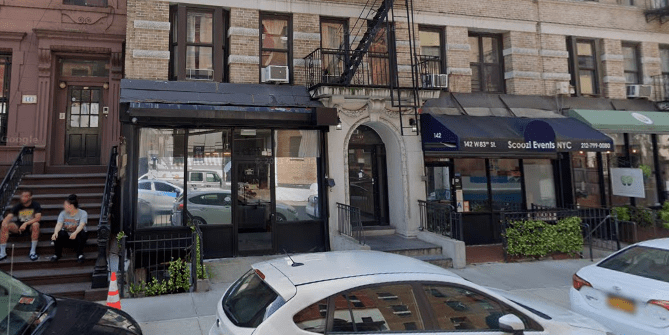 Great news, Vitamin Peddler patrons! ILTUWS caught up with shop owner David Endo on Monday, February 14 — and according to the man himself, they’re just days away from signing a new lease at 142 West 83rd Street, between Amsterdam and Columbus Avenues. This space was formerly occupied by kid-friendly eatery Amused.

We first reported that The Vitamin Peddler had to vacate its current location at 364 Amsterdam Ave (between 77th and 78th streets) in early January. A sign on its window read “Store Moving 1/31/2022.” Then January came and went and a new sign was posted, saying “Store Moving 2/28/2022.” It’s possible the landlord granted an extension to Endo as he was close to finding a new home and the space on Amsterdam Ave didn’t have a new tenant moving in.

Speaking with Endo on Monday, it’s confirmed that his next step is to sign the lease for 142 West 83rd Street, and he expects that to happen over the course of the next few days.

David appeared in to be in better spirits when we spoke on Monday. During our previous visit, he told us he had been working on running consecutive 3-month leases over the course of the last two years, and that he saw the day of having to move coming.

Patrons of this beloved small business will be happy to know that it’s just an eight-minute walk from Endo’s current Vitamin Peddler location. And if you walk like a New Yorker, it probably won’t take that long.

While we love the charm of Endo’s current location, this new site appears to be an upgrade as ‘Amused’ had beautiful brick walls and more square footage. We’re confident David and his team will make it homey for locals and those seeking excellent vitamin and supplement assistance again.

The Vitamin Peddler, which has a 5-star rating on Yelp, received its last review in November 2021. Paige H. wrote, “The BEST!!! I needed some vitamins, saw them online then searched for local stores that carried the particular brand–SHOP LOCAL–and this gem of a spot popped up. I went for a run and ended it here only to be blown away by the owner’s customer service, wealth of knowledge, fantastic business acumen, and plethora of stock. It’s a small shop, but boy oh boy, do they have everything you need.”