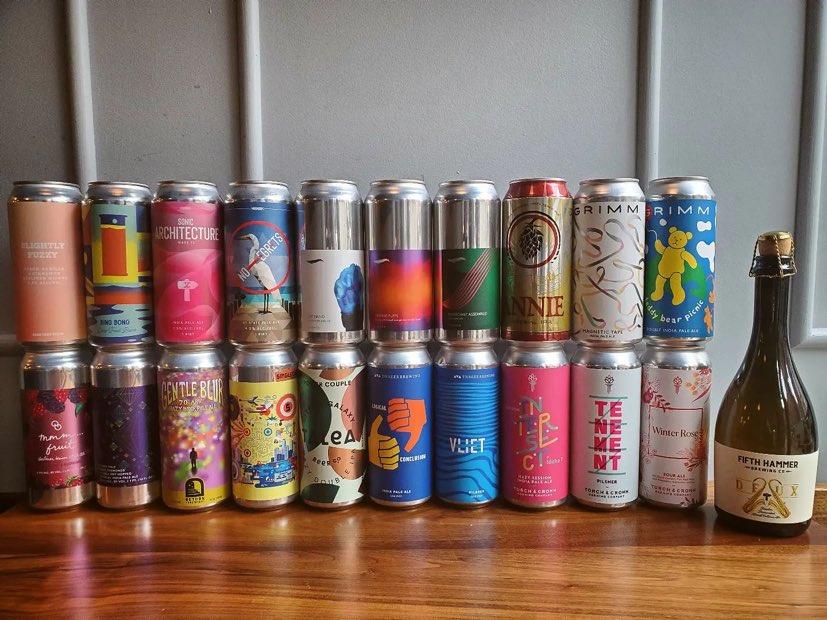 The Hoptimist — a craft beer and bottle shop with indoor and outdoor seating — opened about a year ago at 422 Amsterdam Ave, between 80th and 81st streets (formerly home to Beer Shop).

This place has racked up stellar reviews from beer enthusiasts since the day of its arrival, including some positive notes about its servers.

But on Thursday, a young man entered the brew lover’s retreat with no intention of enjoying one of its delicious stouts or IPAs. Instead, he came for (and left with) the tip jar.

A bartender working during the incident clarified that he “stole the entire jar” (as opposed to just its contents). We know we’re not the only ones who had that question …

When we asked if anyone had tried to stop him, the bartender told us it was too late. “He had a bag with him that he must have put it in. Unfortunately no one saw it as I had my back turned while helping a customer out front and grabbing glasses from the outside tables. Everyone inside had their backs turned to the bar as well.  As I walked back in he was heading out.”

While the bartender tells us it’s common for people to come in and leave without buying anything, his red flag radar kicked in when the looter asked if it was a coffee/tea shop.

“At that point I was suspicious and went to check on my register. Everything was fine there. I hadn’t thought to check for the tip jar as there was barely anything in it and I was more worried about the register. I then found that the jar was gone. Needless to say, we’ll be keeping the jar behind the bar now.”

An ILTUWS reader who was there described the thief as “medium height, thin, wearing a light blue surgical mask, blue hooded sweatshirt with hood up, [and carrying] a large green messenger/backpack.”

The bartender described him as “young, African-American, slim with braids.”

Unluckily for the burglar, the tip jar only had about $4 in it.

Support The Hoptimist — and its servers! Learn more at hoptimistbar.com.