Home
Community
Truck Lands in Sinkhole on 89th and Columbus

A large number of FDNY vehicles swarmed to West 89th Street and Columbus Avenue early Tuesday after receiving notice of a ruptured gas main in front of 71 West 89th Street. 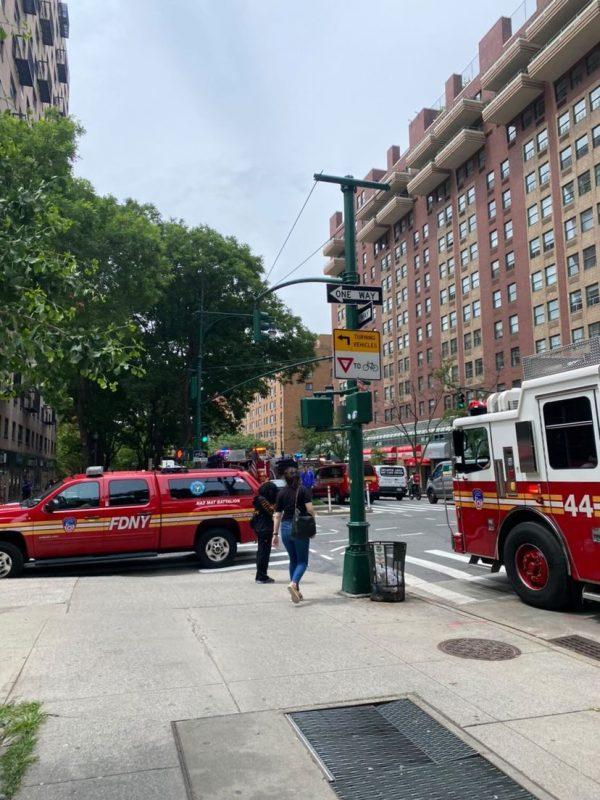 “A truck [landed in] a sinkhole that caused the rupture of a low pressure gas main,” an FDNY representative told ILTUWS.

Council Member Gale Brewer tweeted out images of the scene a bit before noon. 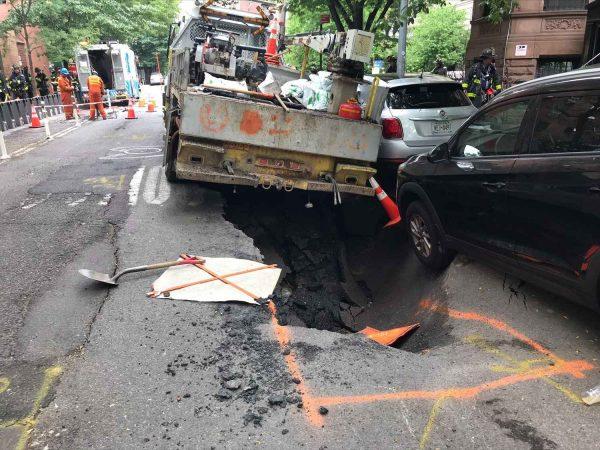 A black SUV also appears to have its front left wheel teetering on the chasm’s edge. 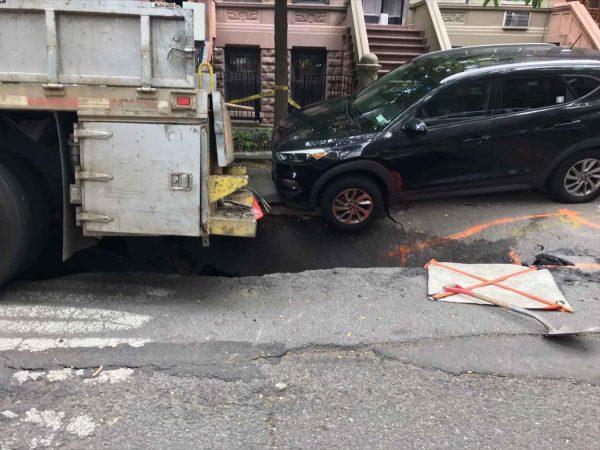 Con Edison and the DEP have been at the scene since Tuesday. A number of nearby residents lost gas and water; though it has reportedly been restored. On June 22, Brewer wrote that “street restoration is currently in progress.” West 89th Street remains closed between Amsterdam and Central Park West. No injuries have been reported at this time.

A Mini Love Chapel on the Upper West Side