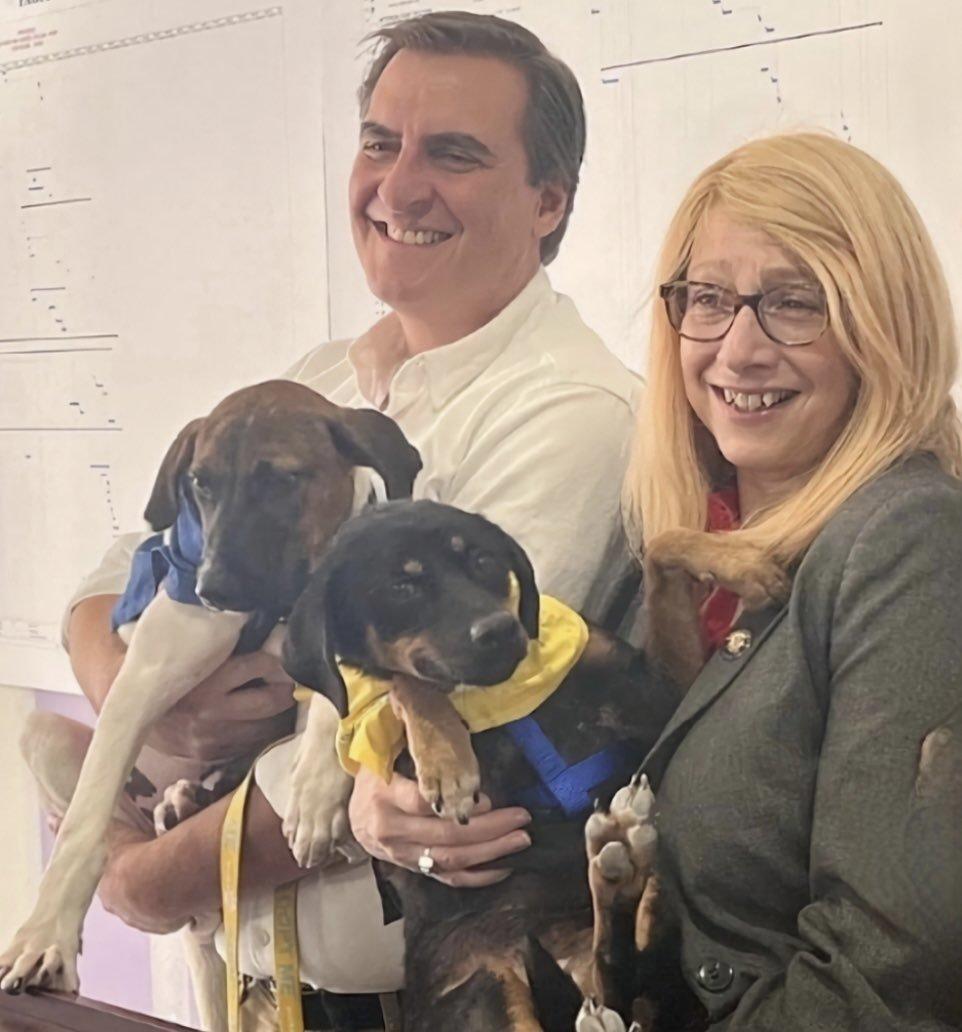 Linda Rosenthal and Sen. Mike Gianaris (from a tweet about the “Passing the puppy mill pipeline bill”)

Upper West Side Assemblymember Linda Rosenthal has announced that two of her bills – both of which aim to protect animals – have been signed into law by Governor Kathy Hochul.

Separate press releases were issued for the bills on December 15.

Bill # A05653B (the New York Cruelty-Free Cosmetics Act) “Prohibits the manufacture or sale of cosmetics tested on animals; punishable by a fine of not more than five thousand dollars for the first violation and not more than one thousand dollars per day if the violation continues; the attorney general may investigate and bring an action for violations.” This law will prohibit the manufacture and sale of cosmetics tested on animals in New York State.

“For decades, helpless animals have been subjected to cruel and painful experiments simply for the creation of cosmetic products,” said Assemblymember Linda B. Rosenthal. “At the same time, research methods have evolved, rendering unnecessary the requirement that animals undergo inhumane tests to help companies create a new mascara or shampoo. In 2008, I passed a law prohibiting the use of cruel animal testing methods in cases where an alternative was available. The Cruelty-Free Cosmetics Act is the final step in ensuring that New York State is free of cosmetics tested on animals for our own vanity. ”

This bill will go into effect on January 23.

Another win for animals of New York State! ??@GovKathyHochul has signed the #CrueltyFreeCosmetics Act, my bill ending the manufacture & sale of cosmetic products in NYS that have been tested on animals.

Animals will no longer face cruel & painful experiments for our vanity. pic.twitter.com/QS2kqBc6kE

“Shutting down the abhorrent puppy mill pipeline that has long funneled sick and dying animals to New York State pet stores will go a long way in shutting down puppy mills nationwide,” said Rosenthal. “Animals endure horrific abuse inside these cruel breeding factories, producing offspring that are genetically damaged and chronically ill. The signing of this law sends a message that New York State will prioritize the humane treatment of animals over the financial interests of a barbaric industry that inflicts pain on animals and consumers alike.”

This bill will go into effect in December 2024.

The Gov. has signed my bill banning the sale of ??? in pet stores, instead allowing shelters & rescues to showcase adoptable animals.

This law will protect consumers & save animals from horrific cruelty. pic.twitter.com/MKzNUheOgs

Lucerne Residents Can Stay, For Now