Home
Community
Two Upper West Side Streets to be Renamed 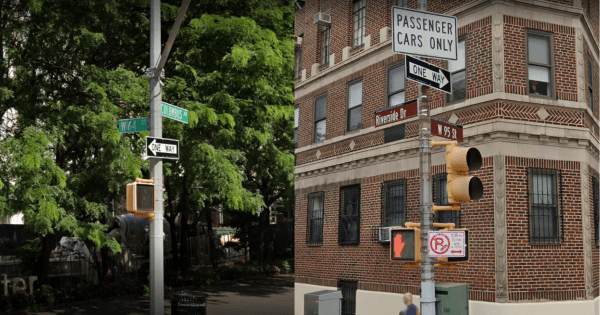 The New York City Council’s Committee on Parks and Recreation met on December 14, 2021 and voted unanimously (with one member absent) to rename 199 thoroughfares and public places throughout the City. Two Upper West Side streets will be co-named to honor a pair of influential men who helped shape the landscape of the arts and politics for decades, Patch first reported.

The northwest corner of West 64th Street and Columbus Avenue will soon bear the name of Jacques d’Amboise, the National Dance Institute founder who passed away on May 2, 2021. Born Joseph Jacques Ahearn on July 28, 1934 to an Irish immigrant father and a French Canadian mother, d’Amboise grew up in Washington Heights. His mother enrolled him in ballet classes when he was seven years old to keep him “off the streets.”

Though Jacques did join a gang, dance won out. Six months after he started ballet classes started, his parents moved him to George Balanchine’s School of American Ballet on Madison Avenue. He was asked by Balanchine to join the New York City Ballet in 1949 and stayed with the company until his retirement from performing in 1984.

Co-naming the nearby intersection for d’Amboise seems to be a perfect fit given the copious amounts of time he must have spent just down the street at the Ballet’s home since 1964. “He had 24 roles choreographed for him and became the foremost interpreter of the title role in George Balanchine’s seminal “Apollo” … He also choreographed 17 works for City Ballet,” according to the New York Times.

The intersection of West 95th Street and Riverside Drive will be named for Former Israeli President and Prime Minister Shimon Peres. Though Peres was not a resident of New York, he did visit New York several times and studied at The New School and New York University, Patch reported.

Peres does have a couple of neighborhood connections. He was a first cousin of legendary film star Lauren Bacall, a long-time Upper West Sider and Dakota resident. He also spoke to unsuspecting members of Congregation B’Nai Jeshurun on West 88th Street in 1996 when he was the Israeli Prime Minister.

In 1993, Peres helped negotiate the 1993 Oslo Peace Accord between the Government of Israel and the Palestine Liberation Organization. Before passing away in September 2016, “he served as minister of defense, foreign affairs, finance and transportation, twice as prime minister and, until 2014, as president.”