If you’re beside yourself with excitement over Central Park SummerStage, Summer on the Hudson and Lincoln Center’s summer festival featuring a giant dance floor, underground speakeasy and outdoor movie nights, just wait … because there’s more!

After two years of pandemic-fueled cancellations, the New York Philharmonic is bringing its beloved annual Concerts in the Parks series back to Central Park (and other parks). On Wednesday, June 15 at 8pm, conductor Jaap van Zweden will lead a concert on the Great Lawn featuring Bomsori Kim on violin. Learn more about this year’s event here.

Baylander Steel Beach has opened for its third season. The bar and restaurant, located on the Baylander – a former US Navy ship stationed at the West Harlem Piers at 125th Street — was launched in July 2020 by Michael Trenk and partners, who are also behind the Upper West Side’s beloved Prohibition. Learn more at baylander.nyc, and if you haven’t seen the new Prohibition yet, click here. 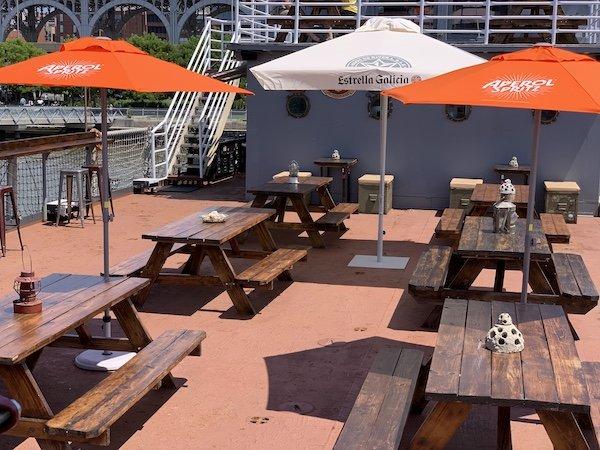 On Saturday, May 14, the first ever Japan Day Parade (led by George Takei) will take place on Central Park West. Learn more about that here.

The West Side Community Garden’s “Music in a Garden” will be kicking off on May 22. All performances will take place on Sundays, beginning at 6pm, and are free to the public. Check out the schedule here.

Also, walk around. It’s pretty out there.