Upper West Side, we have a problem. In October, we ranked the five best bagel spots on the Upper West Side and now two of them, Absolute Bagels and Zabar’s, are facing a cream cheese shortage due to supply chain issues, as reported by the New York Times.

Absolute Bagels at 2788 Broadway, between West 107th and 108th streets, obviously scored #1 on our list, so this is especially alarming. Nick Patta of Absolute Bagels told the Times that their typical supplier, based in Queens, had run out of its “go-to” cream cheese brand. Patta, who’s been working at Absolute for eleven years, said he’d never encountered this problem before, telling the Times, “We went this week and the shelves were empty.”

Apparently, Absolute Bagels has just enough cream cheese to last until this Thursday, December 9. Patta is expected to check in with other suppliers in the Bronx and Queens to see if anyone else can help while his regular supplier waits on a shipment. “If we cannot find cream cheese, I worry now, what are we going to do?” Mr. Patta told the Times. This beloved bagelry has gotten national recognition for the quality of its product. 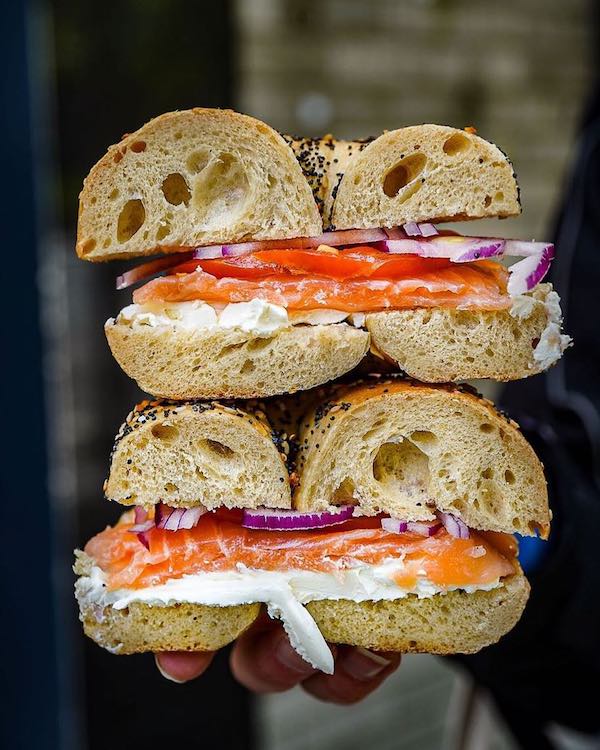 Zabar’s, located at 2245 Broadway between 80th and 81st streets, came in at #5 on our list, and is also on the clock. General manager Scott Goldshine forecasted that they only have enough cream cheese to last 10 days, giving them until December 13. “Begging is one of my plans, which I have done, and it’s helped,” Mr. Goldshine told the NYT, adding that he too, Like Patta, was contacting distributors looking for more. “If anybody’s got it, let them call me.”

Here’s where things get dicey. Most of our favorite bagel shops are not using the cream cheese we might find at our favorite grocery stores. What they do is take a ‘raw product’ – unprocessed and unwhipped cream cheese – and use that as a base for their own concoctions. With ‘the base’ now becoming scarce, the spreads won’t have the taste or texture we’ve grown to know and love if they cannot find more.

The absolute saddest part of the New York Times report was that customers were reporting they would be less likely to order a bagel if Absolute’s cream cheese was not available. “Probably not, no,” said one, James Giaquinto to the Times. His reasoning: “That’s an essential part of the bagel.”

We asked Upper West Side bagel lover, Les Skolnik, if he would eat at his favorite bagel spot if they were out of cream cheese. Skolnik told ILTUWS, “I would. I’m picky about my cream cheese, but I’m ok with Temp-Tee whipped. I’d even eat a bagel with butter and cheese as long as it’s not toasted. A fresh toasted bagel is a crime against humanity.”

Zabar’s Has a Podcast