The landlord of a commercial space at The Broadmoor, located at 235 West 102nd Street (between Broadway and West End), has paid millions of dollars in taxes that New York City’s Department of Finance has called an “oversight,” yet they are refusing to issue a full refund over the overpaid amount, The Real Deal reports.

The landlord – Roxann Realty – has filed a lawsuit to reclaim the funds. This case is one of several lawsuits filed by landlords who are paying millions of tax dollars on space that is supposedly not taxable, according to DOF guidelines.

The guidelines state that in order for a space to be considered for taxable square footage, it must be active, finished and publicly accessible.

Roxann Realty, which has owned the space since 2011, claims that at least 8,100 square feet of the space they’ve been paying taxes on do not meet the criteria.

Duane Reade rents out part of the retail space but the rest remains vacant. The apartments above total 20,356 square feet, but this measurement includes the cellar, which does not meet the criteria for taxable square footage. However, Roxann’s lawyers say they were paying taxes on it since 2015, and now they want their money back. 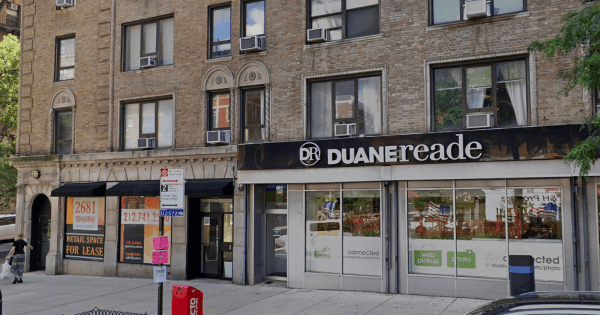 Many property owners find the formula used to determine their tax dues overly complicated, confusing, and borderline-arbitrary. “It’s not an equitable system, but that’s politics for you,” said one long time UWS building owner.

Should I Refinance My Mortgage or Sell My NYC Apartment?