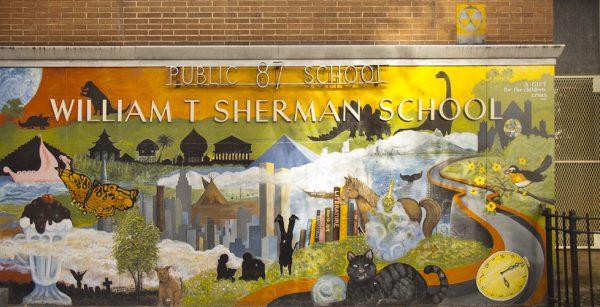 PS 87, located at 160 West 78th Street, is one of several schools with one or more classrooms in full quarantine.

The number of Upper West Side schools with partial or full quarantine classrooms grew from nine on Thursday afternoon to more than double by Friday evening.

As of lunch time on Thursday, November 18, nine different schools in the area were impacted by mandatory COVID classroom closures, according to Patch. About twenty-four hours later, the number grew to twenty-two, according to an interactive map on the Department of Education (DOE) website, which tracks reported cases daily from Sunday through Friday at 6pm.

These COVID closures, as Patch noted, can create chaos for parents with children in the impacted schools, especially those parents who receive paychecks from New York City. 300,000 municipal employees were directed to return to work on September 13. This mandate all but abolished any telework options for city workers.

Mayor de Blasio’s elimination of remote learning options for students was met with mixed reviews earlier this year. Some praised the full return to in-person schooling. The mayor himself championed his surveillance testing program which randomly tests 10% of consenting students on a weekly basis.

Others were not as supportive, including one op-ed author who accused the mayor of child neglect. The opinion piece cited an Education Trust-NY where 79% of parents reportedly supported a remote learning option for their children, citing concerns about their children’s health and safety.

The DOE does offer remote options when classrooms are partially or fully closed. However, the remote option varies and can depend on the grade level of the student and whether teachers make the classrooms live to those students forced to stay home, according to one parent of three with two school-aged children. For those classrooms where a live option is not available or time-limited, students can keep up through Google Classroom where they are able to access assignments. But it was reported to us that not all teachers are uploading assignments.

Those schools with one or more classrooms partially quarantined are:

The schools with one or more classrooms in full quarantine are: