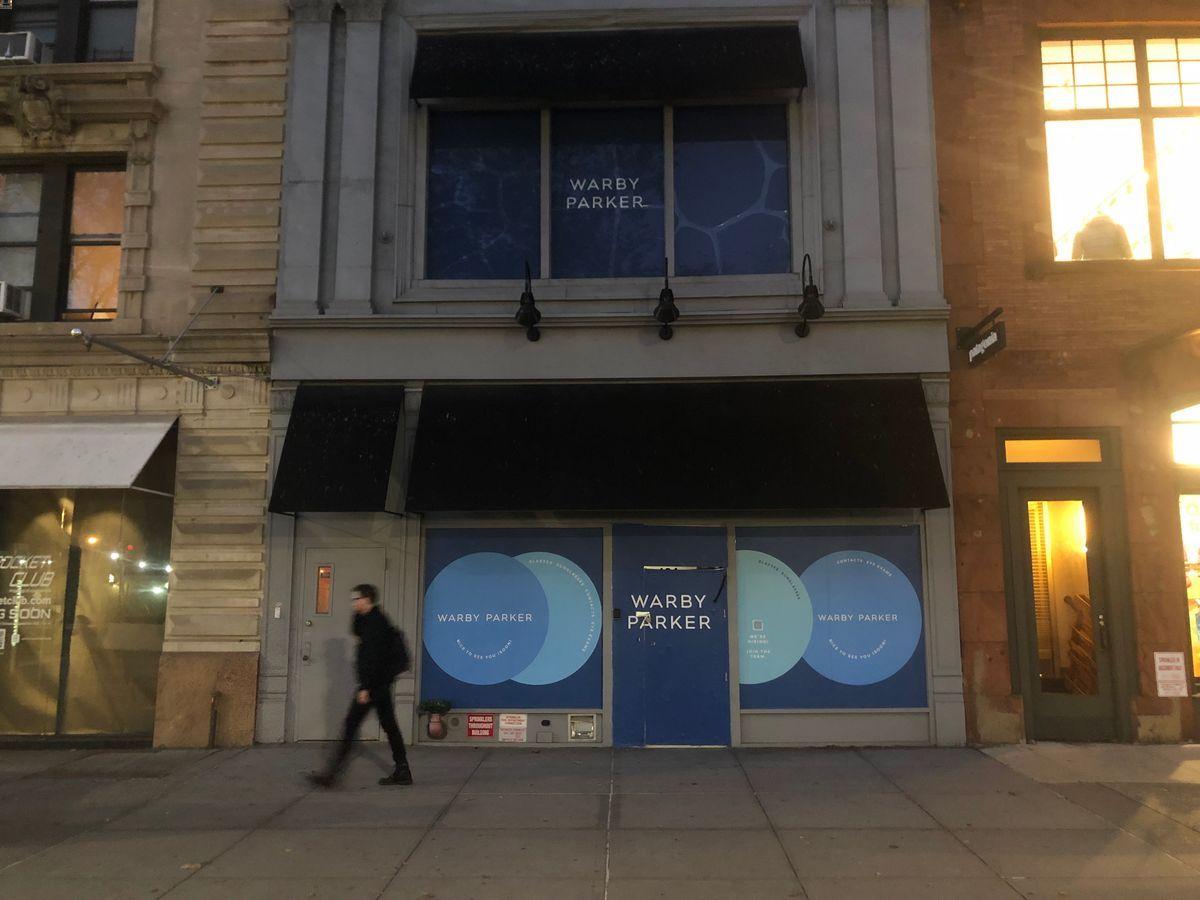 Named after two characters (Warby Pepper and Zagg Parker) found in an early unpublished journal by American novelist and poet Jack Kerouac, Warby Parker—the online and brick-and-mortar retailer of prescription glasses, contact lenses and sunglasses—is planning to open its second Upper West Side location at 424 Columbus Avenue, between West 80th and 81st streets, in 2023. The site was previously home to Flying Tiger, the Danish home goods and toy store which closed all of its U.S. locations in November 2020.

Founded in Philadelphia in 2010, Warby Parker started as an online-only retailer. In 2013, they opened their first flagship location in Soho at 121 Greene Street. Their corporate headquarters are also based in Manhattan. Currently, it’s estimated they have 190 locations in the U.S., with most stores also offering eye exams.

If shopping from your domicile is more your style, Warby Parker has a Home Try-On program where you can pick five frames they’ll ship to you to try on for free. The eyeglasses do not come with prescription lenses; it’s all about finding the right style and fit here. If you find something you like, you can order the frame online and they’ll send you a brand-new pair with your prescription lenses in place. You ship back the test pairs, they provide a return label. Warby Parker also offers a Virtual Try-On (available on iPhone X and above) where you upload a photo and get a digital peek at how the glasses will look on you.

The 424 Columbus Avenue address has a bit of an interesting history. “In April 1899 real estate operator John L. Miller purchased the small building at No. 424 Columbus Avenue from the estate of Amos R. Eno for $26,000,” wrote Tom Miller (no relation) of Daytonian in Manhattan. “It was home to John Castellano’s fruit and cigar store, and Anthony Carroll had just received a permit from the City to operate a bootblack stand out front. Both men would soon have to find a new location.”

Miller tapped architect Julius F. Munchwitz, who he’d worked with on several building projects before, to work on a replacement building at the site of Castellano’s grocery store. But this wasn’t the only construction going on in the area in the year 1900. According to Tom Miller, the Metropolitan Street Railway Company was working on a project of their own and had excavated a giant hole right in front of Miller’s site.

“As two Metropolitan employees, Cornelius Boshea and Owen Connorty, worked in the 8 by 10-foot-wide hole, Alexander Lesser tried to drive his horse-drawn wagon around the crater while navigating traffic,” details Tom Miller. “The horse slipped and the heavy animal tumbled into the hole, directly on top of the two men. Fortunately, Lesser and his wagon remained on the street; but the workers were pinioned beneath the panicked horse.”

In rushed the builders working on 424 Columbus Avenue to help, along with 200 other men working in the area. Someone was sent to find a derrick while the team struggled to move the ailing horse on top of the two pinned men. When they eventually got the derrick, it took roughly 20 minutes to get the horse out of the deep hole. As for the two men, both were sent to Roosevelt Hospital, with Boshea suffering several contusions and Connorty a broken leg.

Soon after the scary incident, 424 Columbus was finished at a cost of $12,000—about $350,000 in 2016’s economy. “The second story of Munchwitz’s Renaissance Revival structure was, somewhat surprisingly, clad in sheet metal. Corinthian pilasters flanked grouped show window which were enclosed in picture-like framing. Dainty modillions lined up nearly should to shoulder to uphold the cornice.”

Miller quickly scooped two new tenants for the building. It’s reported Rich Schulder opened a branch of the National Cash Register Company on the first floor, while Tony Pauka put in a Brunswick pool table upstairs. By 1915, the building was taken over by the Wright Laundry, which installed state-of-the-art facilities which used electric motors to clean.

Today, you can still see the sheet metal pilasters at 424 Columbus, warts and all from years of city living.

We’ll keep you posted when we get an opening date for Warby Parker. Its other Upper West Side site is located at 185 Columbus Avenue, between West 68th and 69th streets.