Home
Community
Why Thousands of Crimes Have Been Reported at 312 Riverside Drive: MYSTERY SOLVED

For starters, 312 Riverside Drive does not exist. But for years, calls were coming into New York City’s 911 emergency dispatch center with all kinds of disturbing claims of things happening there. The art deco tower — known as the Master Building at 310 Riverside Drive, between West 103rd and 104th streets — would face the brunt of many of these calls, and each response ended the same way: “The emergency vehicles turned and left, their sirens off. The police, over time, stopped responding to the calls at all,” reported the New York Times.

Many of the claims were also shared on Citizen App. 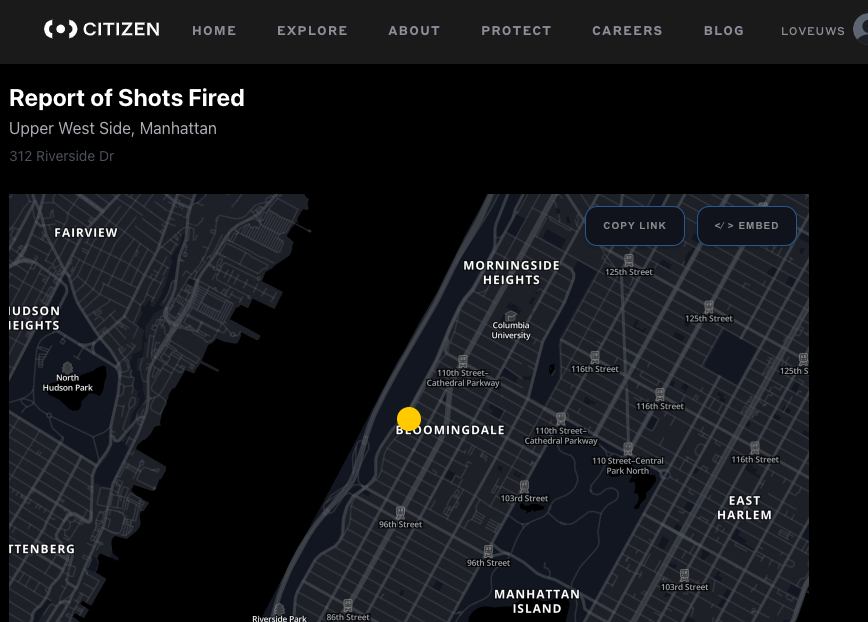 It’s not clear when the 911 calls started, but in 2020, there were 1,937 calls to the location of the Master Building. In 2021, that number jumped to 2,336, according to the NY Times. Deputy Inspector Naoki Yaguchi told the publication that new officers on the force considered it a rite of passage. “There is obviously a sense of excitement that they’re about to go to this very serious call, until the training officer beside them says, ‘Relax, kid. It’s just a fake call.’” Still, nobody was sure if this was some dumb prank or perhaps a carefully coordinated distraction.

Reports of fake calls the police received were intense. They ranged from “I need police — 312 Riverside Drive. The lady in Room 340 on the third floor is cutting herself. She’s mentally ill. She’s buck naked and she’s mentally ill and she’s cutting herself with a razor,” to “The people there just hurt an old woman, 94. They beat her up and took her money and they’re still there, but they might get away with it.”

Detectives eventually traced the calls to a cellphone on the 14th floor of 255 West 43rd Street, once the Hotel Times Square but now an affordable housing complex offering apartments and counseling to at-risk men and women in NYC.

There was the culprit, Walter Reed: a Connecticut-born man whose mom died of an overdose when he was a toddler. After living with relatives, the Times wrote, “He finished high school and enrolled at Rutgers University. He fixed his hair just so and sang in any R&B band that would have him.” He also served briefly in the army, just weeks before getting an honorable discharge on January 29, 1972. Wilson arrived in NYC in the 1990s.

“In Mr. Reed’s mind, 312 Riverside Drive is chillingly real,” wrote NY Times reporter Michael Wilson. “He sees it as if standing outside on West 103rd Street.” But really, it’s all a delusion. Reed thinks his girlfriend who died years ago is living there. “My girlfriend. They won’t let her leave that building. That’s the only reason I call 911,” he confided to Wilson during an interview.

Reed’s troubles have mounted over the years, starting with petty crimes in the ’90s followed by a burglary conviction he would serve six years for.

Following his release, bouncing around from shelter to shelter, Reed was arrested for selling a $60 bag of crack cocaine to an undercover officer. And still, the fake calls to 312 Riverside kept coming.

That changed when Reed recently failed to show up to his court hearing for an early 2022 drug charge. A warrant was issued, and he was eventually picked up on April 4 and sent to Rikers Island. At some point thereafter, he was shipped to a veteran’s hospital in Brooklyn for medical supervision, where he does not have access to a phone.

Now, the calls have stopped.