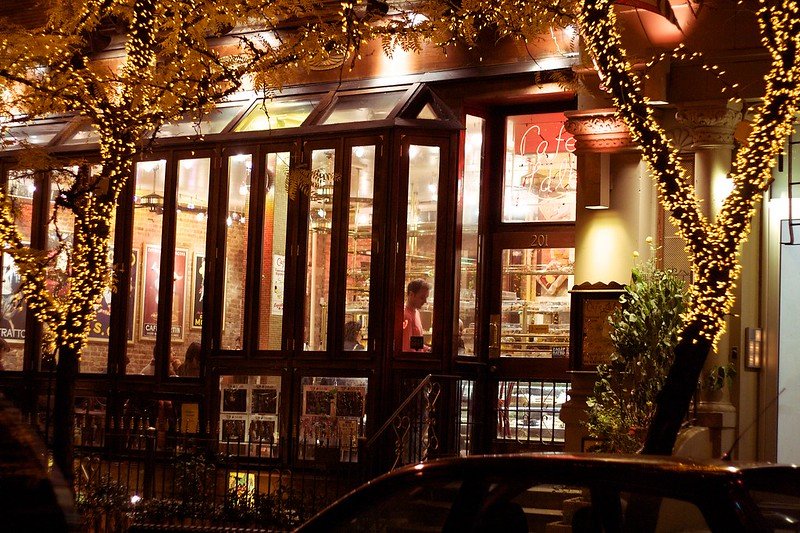 Cafe Lalo, the neighborhood coffee shop made famous in Nora Ephron’s 1998 romcom You’ve Got Mail, is facing eviction, according to a May 2022 lawsuit filed in the city’s housing court. If successful, landlord 480 Amsterdam Avenue LLC stands to gain over $23,000 in alleged back rent — and possession of the property, at 201 West 83rd Street.

The local eatery’s original lease was entered into in 1987 between landlords Loomis J. Grossman and Ronald S. Friedman and their tenant Haim Lalo, according to the petition for non-payment. Subsequent lease extensions have allowed Cafe Lalo to remain in its original location and, pending the outcome of the lawsuit, “the most famous cafe in NYC” is slated to remain there until at least May 31, 2032.

Cafe Lalo filed a motion to dismiss in late May, alleging that the landlord “failed to obtain personal jurisdiction over respondent [Cafe Lalo]” due to defects in serving the lawsuit. Specifically, the restaurant claims that it shut down due to the COVID-19 pandemic and has remained “closed due to circumstances beyond Tenant’s control and Tenant has been attempting to resolve issues with Landlord so that the café can reopen. As a result, Landlord has been well aware that the café has been closed for more than two years and the café is empty.”

Accordingly, the café’s legal counsel argues that the landlord has not established that it has jurisdiction over the cafe because it cannot serve the petition at a location where it knows the respondent will not be found due to the closure.

While the issue of jurisdiction continues in a volley of dueling filings to support the parties’ respective arguments, Cafe Lalo filed its own countersuit in state supreme court on July 20.

In sum, it argues that the landlord failed to pay the restaurant for electrical charges that did not belong to the cafe and that there were “no outstanding payments due Owner for Rent or Additional Rent and that Tenant is current on its obligations to pay Rent and Additional Rent” at the time of the lease’s fourth modification made during the pandemic that extended the lease to 2040.

Cafe Lalo further alleges that the landlord refused to pay for water damage sustained to the premises between March 30, 2021 and April 30, 2021 and that rent is not yet due because the cafe remains closed since the start of the pandemic. It is seeking for the court to hold that no outstanding monies are owed and money judgements in amounts to be determined.

Patch was first to report the lawsuits.